Inside the collector's corner at NRA Louisville (19 PHOTOS)

With over 800 booths and vendors, the sprawling National Rifle Association Annual Meeting and Exhibits in Louisville last week had something for everyone– especially collectors.

Tucked away in the “6000s” the collector section at NRAAM took up one almost forgotten corner of the Kentucky Exposition Center but for those who were lucky enough to find it, the assemblage of collectors, auction houses and relic curators had a rare firearm exhibit open to the public rivaling anything you could see in a museum. 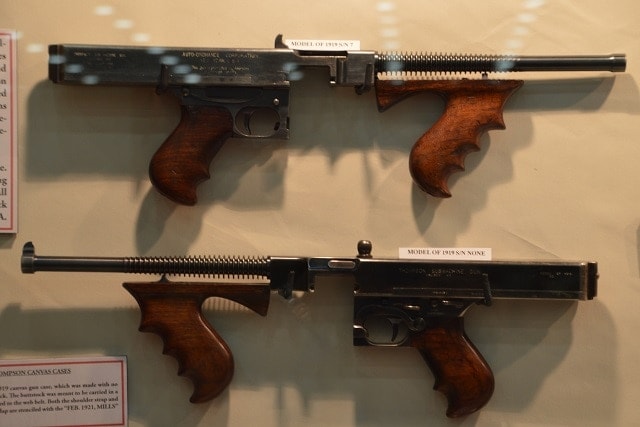 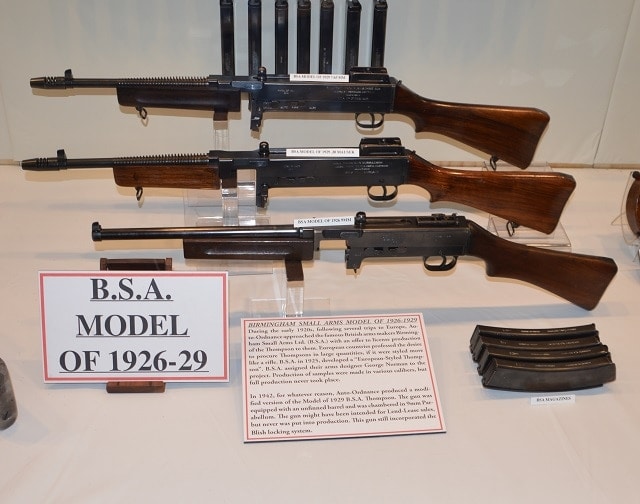 Or a whole section of BSA-made English Tommy guns with their distinctive curved magazines. 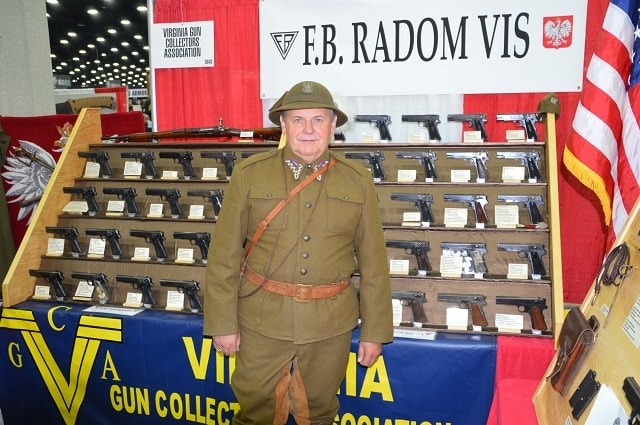 The Virginia Gun Collector’s Association was out in force with their Radom VIS club, celebrating the vaunted Polish military pistol. 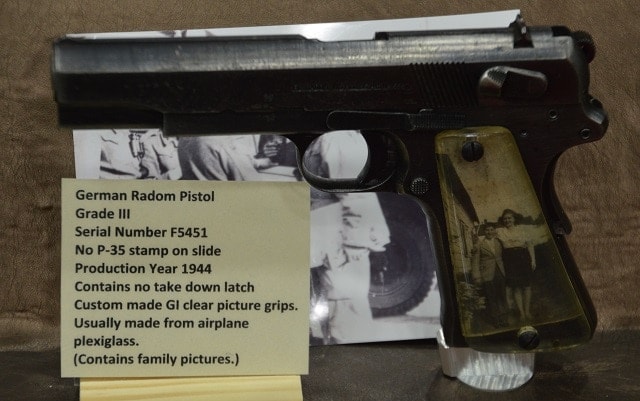 One VIS included this gun made for the German Army and later captured by an American GI, who promptly fitted it with a pair of Sweetheart Grips. 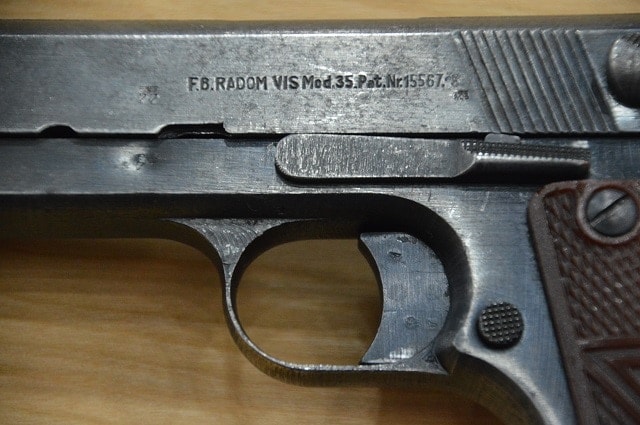 The club had everything from this well-worn VIS made under German occupation in 1944, with no take down latch and a very rough fit and finish to the polar opposite… 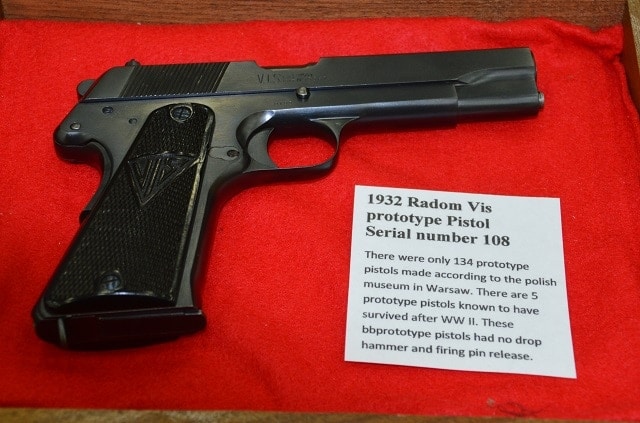 The crown jewel of the VIS Club’s collection is a prototype Radom VIS, serial number 108, in unfired condition. One of just 134 early guns made, there are only five left in circulation today. 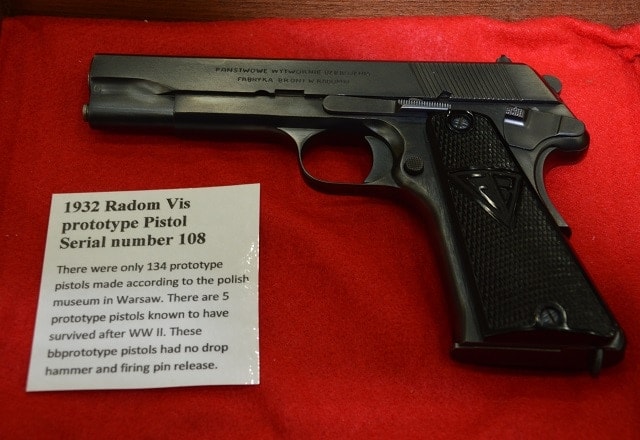 They also had the only known low serial number Polish Army Radom Model M.31 (SN#45) in existence and a super rare Maroszek rifle Kbsp wz. 1938M (SN#1030). Speaking of NRA Silver Medals, the Maroszek picked up one of its own in 2014 in Indianapolis. 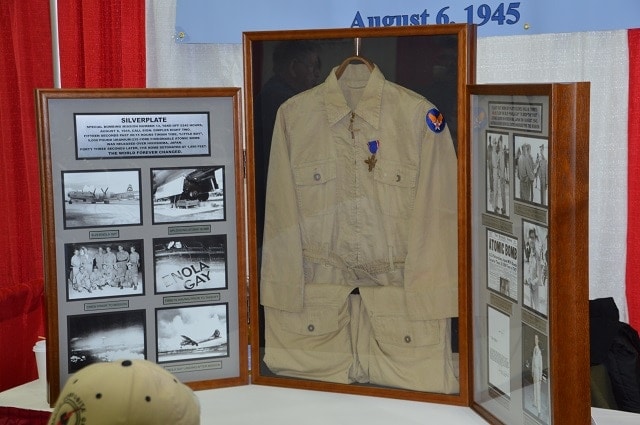 The North Carolina Arms Collectors Association had the flight suit worn by Col. Paul Warfield Tibbets Jr., the pilot who flew the B-29 Enola Gay (named after his mother) when it dropped Little Boy, the first of two atomic bombs used in warfare, on the Japanese city of Hiroshima. 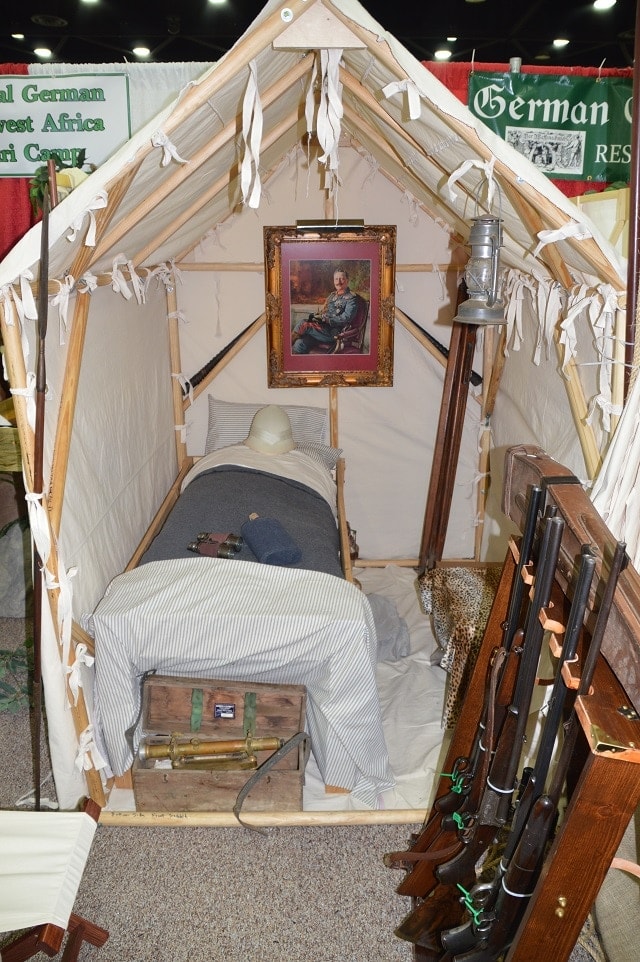 The German Gun Collector’s Association had a faithful recreation of a safari tent from German colonial Africa complete with a rack of period-correct big game guns, an askari spear, a brass Griner and Schmitz surveying tool and a portrait of the Kaiser 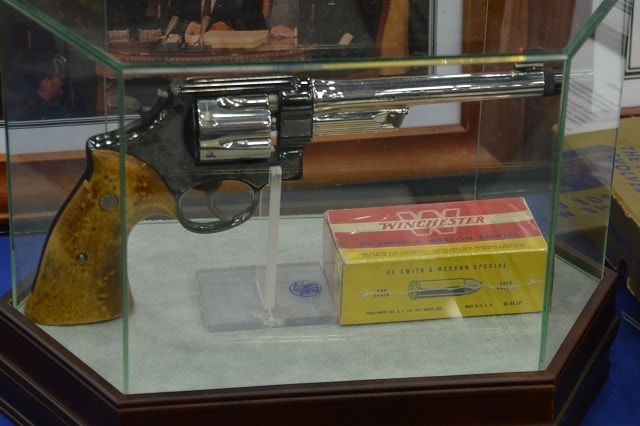 The Smith and Wesson Collectors Association came correct with a table of rare guns owned by former NRA directors and well-known shootists Col. Rex Applegate, Bill Jordan, and Cecil King. King’s .44 Military smoothbore, the only gun known to have been made by S&W in this configuration, has a 6.5-inch barrel with a BATFE C&R approved smoothbore barrel– the attachment on the muzzle is the choke! 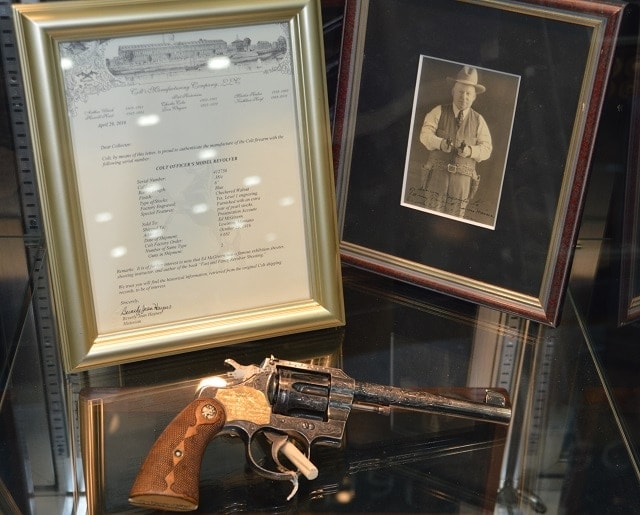 Cowans was on site with trick shooter Ed McGivern’s Colt Officers Model in .38/c that left the factory with Level I engraving in 1916.

As well as a beautiful cased Spencer rifle that belonged to Col. Joseph C. Audenried. 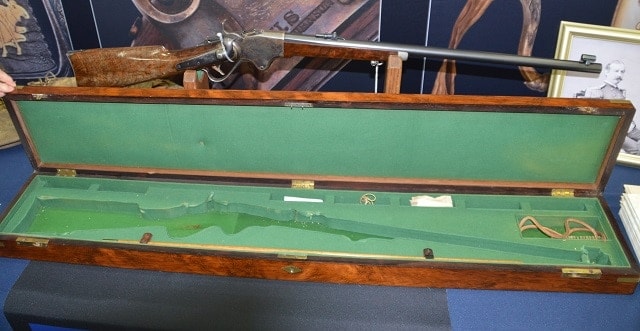 Graduating from West Point in 1861, he served with Grant at Vicksburg during the Civil War before becoming one of Gen. William Tecumseh Sherman’s aides for seventeen years from 1863-1880. 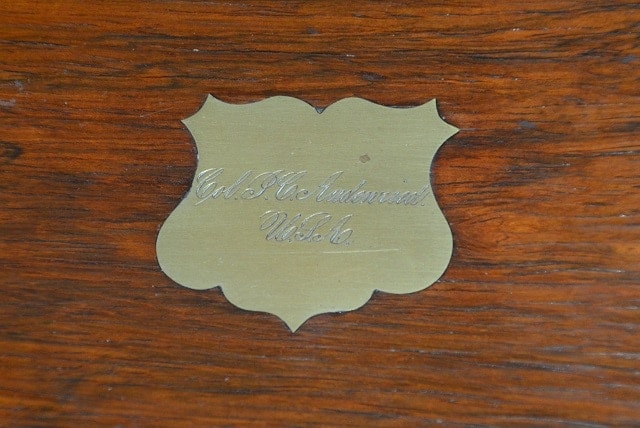 He was a close friend of Sherman and the case is engraved. 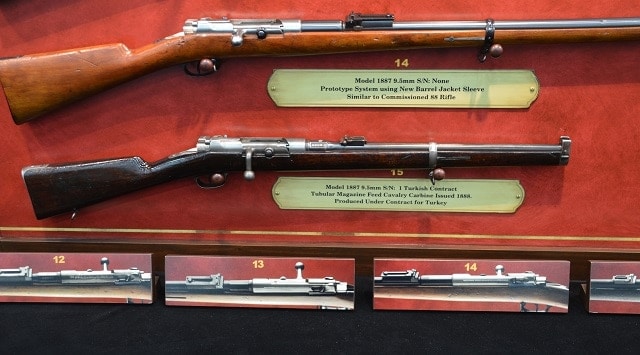 How about some rare German Mausers from the 19th century, including this shorty Turkish cavalry carbine

Man are we suckers for carbine Mausers… 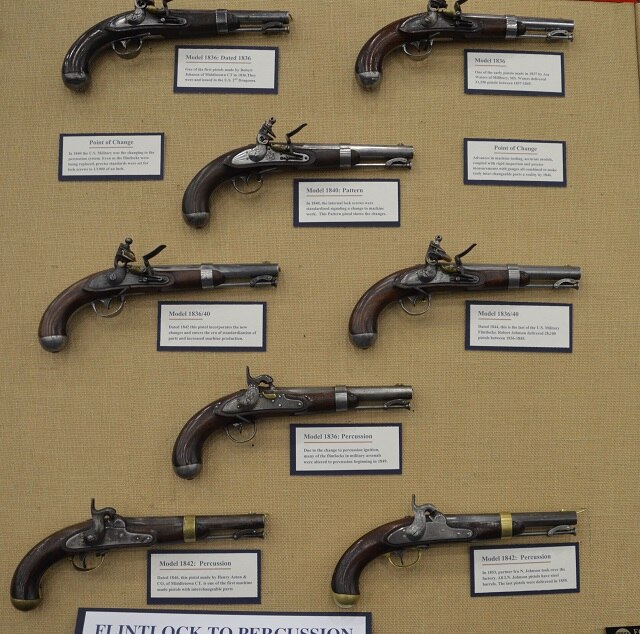 Early U.S. military pistols were on hand in numbers 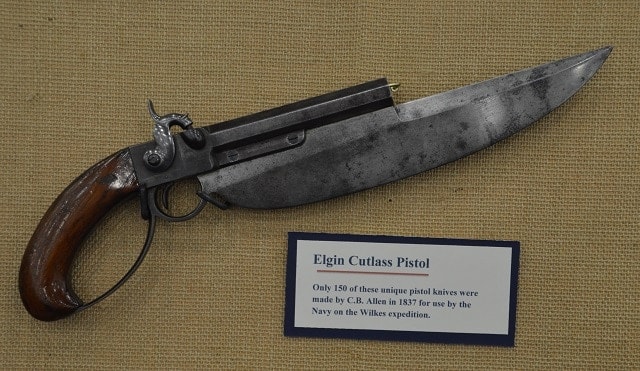 Including a rare Elgin Cutlass pistol 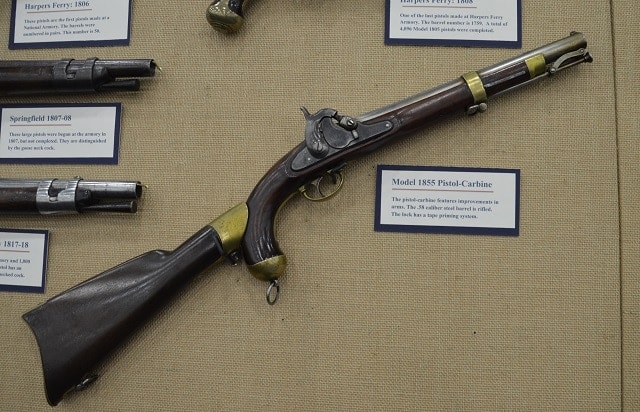 We can’t wait to see what is up for display in Atlanta next April.