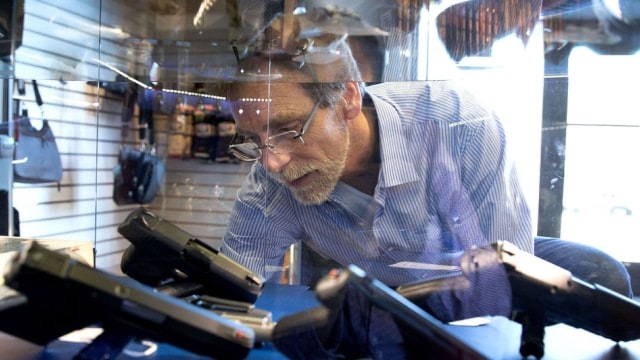 State Attorney Gen. Mike DeWine announced Wednesday that Ohioans with a valid concealed handgun license no longer have to jump through the hoop of getting an additional background check when buying a firearm.

Ohio joins the growing list of states that accept a permit as an as alternatives to the background check requirements of the 1994 Brady law and allows the transfer of a firearm over the counter by a federal firearms license holder without first performing a National Instant Criminal Background Check System (NICS) check.

“I’m pleased Ohio concealed carry license holders will not have to undergo additional background checks each time they want to buy a firearm,” said DeWine in a statement. “Ohio concealed carry license holders who are in good standing have already passed thorough state and federal background checks so there is no reason to force them to submit to additional checks if they want to buy a firearm.”

The move came about because of a measure, House Bill 234, that passed the legislature with broad support in 2014 and was signed into law by Gov. John Kasich. The new law mandated that all CHLs in the state following March 23, 2015 be granted after first passing a NICS check.

With the implementation of the practice, the Bureau of Alcohol, Tobacco and Firearms sent an open letter to all FFLs in the state directing them on how to comply. While a Form 4473 will still have to be completed for documentation, a check will not be performed provided the purchaser has a valid permit.

Firearms industry groups told Guns.com that, while they do not have any research on the question of whether a state’s CCW qualifying as a Brady Alternate increases sales, it is certainly a bonus for both gun shops and likely buyers in those states where it is recognized.

“A CCW holder has already passed a background check, so states with Brady Alternate qualified CCWs would save the retailer time and take some of the stress off an already heavily-burned NICS system,” Lawrence Keane, senior vice president and general counsel for the National Shooting Sports Foundation, told Guns.com on Thursday.

“We have some evidence that a large percentage of guns sold at retail in those states are on CCW,” said Keane.

One state Second Amendment group, Ohio Carry, is delighted to see these changes put into effect.

“It is a much needed change that will without a doubt cut down on unnecessary red tape,” Ohio Carry President Brett Pucillo told Guns.com. “There is obviously still much work to be done in the state, but this is a step in the right direction.”