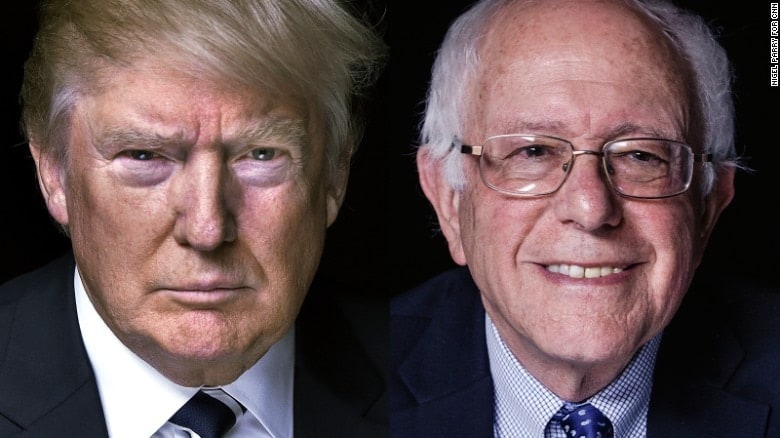 Donald Trump and Bernie Sanders have agreed to debate, though nothing has been officially scheduled yet. (Image: CNN)

Likely Republican presidential nominee Donald Trump on Thursday clinched the required number of delegates to receive the party’s nod. Trump has so far received one more delegate pledge than the required 1,237 needed for the nomination.

Recently backed by the National Rifle Association at the group’s annual convention in Louisville, Kentucky, Trump was only 10 delegates shy of the magic number after winning practically all of the delegates – 40 of the 44 – in Washington state, where pro-gun advocates suffered a defeat on background checks.

An initiative in the Evergreen State that won by less than 60 percent of the vote requires all gun purchases – including those make online and at gun shows – in the state first go through background checks. Gun control advocates call the initiative and those like it in other states a law to close the “gun show loophole,” something gun rights proponents say is a fallacy because licensed dealers not necessarily required to do so will run checks of their own volition anyway.

Gun control group Everytown for Gun Safety backed the initiative, spending more than $4 million in the state to help ensure its passage.

California holds the next big primary for the Democratic Party contenders June 7, with 546 delegates up for grabs. Before that, former Secretary of State Hillary Clinton and Vermont Sen. Bernie Sanders will battle for the 12 delegates in the June 4 Virgin Islands caucus and Puerto Rico’s 67 delegates during its primary June 5.

Trump has come out very strongly in support of the Second Amendment. He’s also joined the NRA in criticizing Clinton for her stance on gun control and claims she wants to take guns away from Americans, a rhetorical claim fact-checkers have disproven.

Sanders recently agreed to debate Trump ahead of the California primaries, saying “game on.” The senator has received a passing grade from the NRA for his voting record on the issue of guns, something he touts, being a representative from a gun-owning state.

Game on. I look forward to debating Donald Trump in California before the June 7 primary.

Though no debate has formally been scheduled, Sanders is expected to make an appearance on ABC’s “Jimmy Kimmel Live” Thursday night.

Clinton is currently leading Sanders with 2,305 total delegates of the required 2,383 needed for the party’s nomination. Sanders has 1,539.