FBI thanks public for assistance in catching violent fugitive 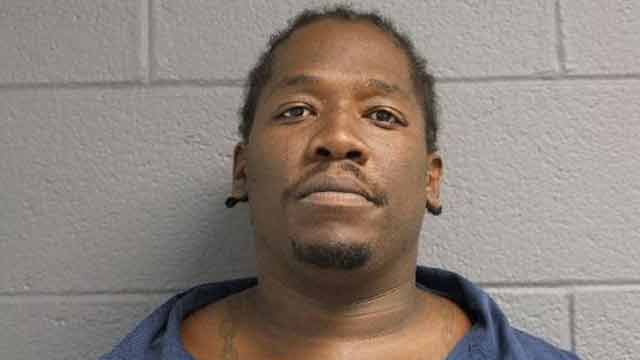 Angelo “Two Head” Allen was in police custody less than 24 hours after the FBI’s call for help. (Photo: Federal Bureau of Investigation)

The Federal Bureau of Investigation released a statement Wednesday thanking the public for its help in the apprehension of a wanted fugitive.

The FBI put out an alert Monday asking for assistance from the public in finding 34-year-old Angelo “Two Head” Allen, who was wanted in connection with a violent carjacking that occurred in Detroit on May 16.

According to reports from a local Fox affiliate, the victim was shot in the face, right between his eyes, as he attempted to stop the suspects from stealing his wife’s Chevy Caprice from their driveway. The victim’s 10-year-old son saw the entire incident unfold while looking out of a window from inside the house.

The suspects made off with the car, which was found abandoned a short time later.

Despite his injuries – and the accompanying blood loss – the victim was said to be walking, talking and otherwise functioning normally when police arrived on the scene. He is expected to make a full recovery.

Authorities said the victim was acquainted with the suspects, who were later identified as Allen and his brother, Carlos. Carlos was apprehended last week in Columbus, Ohio, while Angelo, who was considered by authorities to be armed and dangerous, remained at large.

But after federal authorities asked for assistance from the public, a tip came in from a concerned citizen who learned Allen was wanted through media coverage of the FBI’s request. Less than 24 hours after the feds’ call for help, Allen was apprehended late Tuesday afternoon by the Detroit Police Department Special Operations Unit without incident.

Allen is a convicted felon with prior convictions for assault, larceny, weapons and drug possession.

The HEAT – Help Eliminate Auto Theft – task force was offering a reward of $2,000 for information leading to Allen’s arrest. No word yet on whether that reward has been issued.