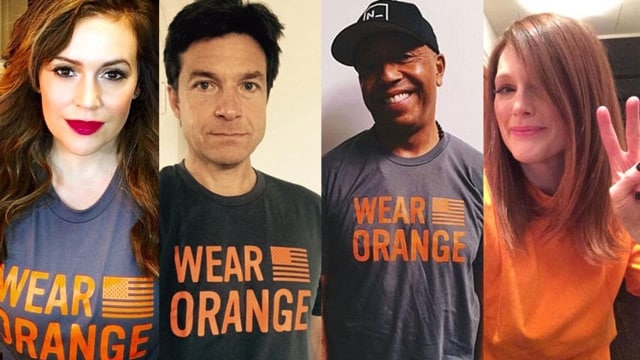 Lawmakers in both the House and the Senate proposed making June 2 a day of remembrance for victims of gun violence, an event largely propagated by gun control groups.

Sen. Dick Durbin and Rep. Robin Kelly, both Democrats from Illinois, submitted identical proposals on May 25 that simply list statistics of those hurt by gunfire annually — approximately 32,000 killed and 80,000 injured in the U.S., according to the bills’ language.

“We have communities where parents are afraid to let their kids outside to play, to sit on their own front porches or even walk to the corner store,” said Kelly in a statement. “No one in America, no matter your region or zip code, should ever have to live this way.”

Identical measures were introduced last fall, but failed to advance beyond committee.

The idea originated from friends of Hadiya Pendleton, a Chicago teen who was shot in the back and killed while standing with friends in park after taking her final exams in 2013. She was killed one week after performing at events for President Obama’s second inauguration.

Months after the murder, on June 2, her friends dressed in orange to honor her on what would have been her birthday and promote non-violence.

The next year, in 2014, Everytown adopted the custom and defined wearing orange much like a hunter does for safety. The official kickoff was a success on social media and gained broad support of celebrities.

However, gun rights advocates, who likened participants to convicts rather than hunters since they also wear orange, were largely indifferent.