Petitions circulating for Yahoo to can Katie Couric over gun documentary 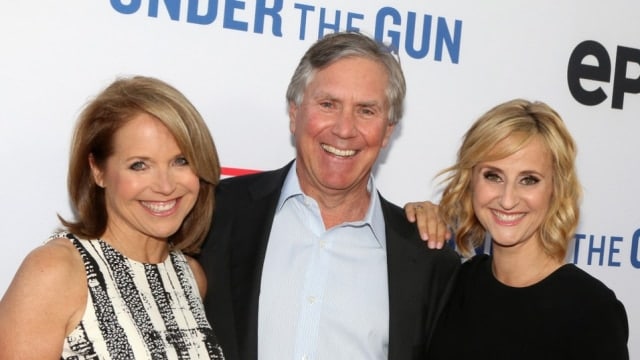 “She has lost her credibility. Any news organization that continues to employ her loses its credibility as well,” says David French of the National Review on the subject of Couric. (Photo: The Federalist)

At least two national petitions have begun this week, accompanied by op-ed pieces, seeking the ouster of a Yahoo news personality over a controversial anti-gun film.

Couric appeared in “Under the Gun” directed by Stephanie Soechtig which has been criticized by gun rights advocates for somewhat creative editing.

A Change.org petition, started by the Firearms Policy Coalition, raised 250 supporters in the first 17 hours while an iPetition created Wednesday has a 32 signatures so far.

Others to include Bob Owens at Bearing Arms and Mollie Hemingway at the Federalist have invoked the specter of Dan Rather’s “Rathergate” departure from CBS and equated it to Couric’s current gun debacle.

David French, an attorney and staff writer at the National Review, writing an opinion piece carried in the New York Post on Thursday, was blunt in his personal call to send the journalist packing:

The case is clear. Katie Couric, a person Yahoo employs to be the face of its news division, was caught in a grotesque deception. Then, when she was publicly exposed, rather than apologizing, she doubled down — defending the choice to cast innocent Americans as ignorant rubes rather than allowing them to speak for themselves.

She has lost her credibility. Any news organization that continues to employ her loses its credibility as well.