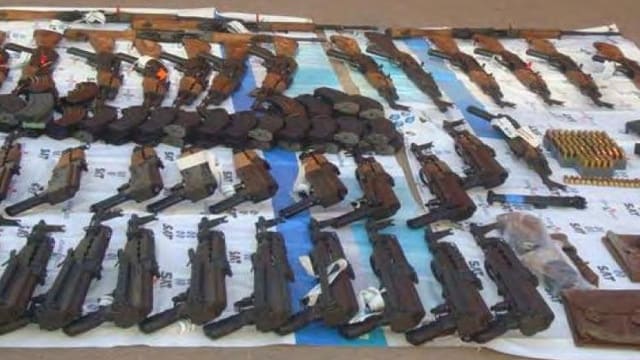 Guns sold through Operation Fast and Furious were possibly connected to 69 killings, according to findings by a conservative government watchdog group.

Judicial Watch devised the report from internal documents recovered from the Bureau of Alcohol, Tobacco, Firearms and Explosives — the agency behind the operation — through a Freedom of Information Act request.

The FOIA documents contain a spreadsheet that reveals details about firearms recovered through the operation from December 2012 to February 2016. Details include date sold, date recovered, location of incident (in Mexico), and type and caliber. Redacted from the spreadsheet are name of buyer, serial number, and trace data.

For the report, Judicial Watch cross referenced details with published news reports and was able to deduce incidents in which Fast and Furious guns were likely used. The 69 killings were linked to four separate incidents. They include:

Further increasing the probability, 20 of the entries in the spreadsheet were identified as being involved in “violent recoveries,” meaning a mass killings, the organization said.

The total number of guns recovered are 94 (though one entry is listed as a duplicate). The organization also tied a firearm to the high-profile case involving a recently captured Sinaloa cartel boss.

On, Jan. 11, authorities recovered a .50 caliber rifle seized from the Joaquin “Chapo” Guzman’s hideout in Los Mochis, Sinaloa, where he was re-arrested.

Fast and Furious launched in 2009 and ended in 2011 after details of the strategy were made public. A repeat of plans under the previous administration from 2006 to 2008, the operation entailed allowing cartel members to buy weapons through straw men that would be monitored and lead to arrests. However, agents lost track of the weapons as they were smuggled elsewhere.