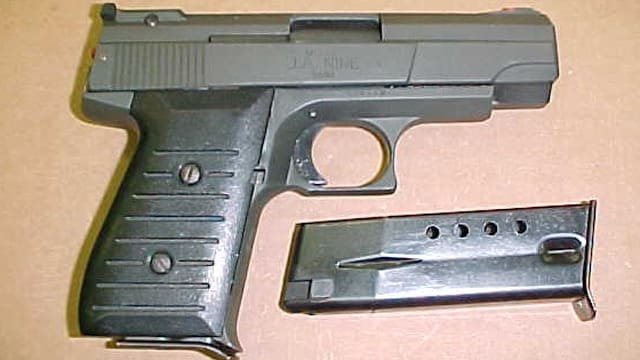 A federal grand jury handed down charges to two people from northeast Ohio on May 25 for the straw purchase of firearms.

Malcolm Roberson, 26, of Cleveland, and Chimere Turner, 32, of Warrensville Heights, were indicted on three counts for their connection with lying on federal background check forms.

According to the indictment, Turner said she was the actual buyer of a Jimenez Arms 9mm pistol when she bought it from a gun dealer in Vermillion on Feb. 20. But the buyer was actually Roberson, who had been convicted of a felony in 2011.

Somewhere between Feb. 20 and March 18, Roberson took possession of the pistol. The indictment does not say when authorities learned of the crime.

However, federal agents serving a subpoena asked Turner about the transaction but she gave them a false statement, the indictment says.

During her grand jury testimony on May 20, Turner said she was driven by Roberson to a gun show so they could buy him a gun.

If convicted, their sentences will be determined by the court after a review of the federal sentencing guidelines and factors in the case, the Justice Department says.

The case is being prosecuted by Assistant U.S. Attorney Benedict Gullo following an investigation by the Bureau of Alcohol, Tobacco, Firearms and Explosives.