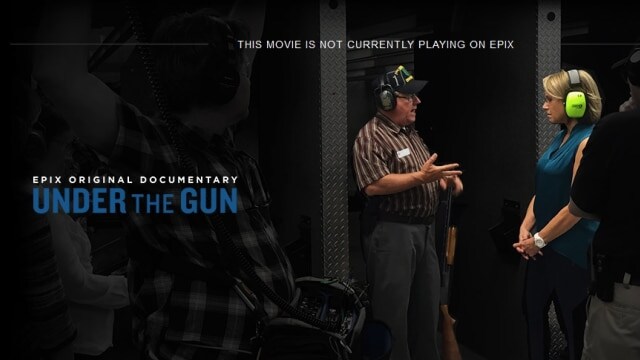 If you really wanted to see the gun control documentary, Under the Gun, you have to pay for it moving forward. (Photo: screenshot)

The controversial free-to-view documentary “Under the Gun,” starring Kate Couric and directed by Stephanie Soechtig, has been moved from Epix to a pay service.

Hyped by Moms Demand Action and other groups the video was posted online for free just over two weeks ago.

“EPIX showed a unique willingness and commitment to make Under the Gun available to the entire country—for free—by premiering it during EPIX’s nationwide free preview,” said a release from the network on Feb. 18. “Making our film available to anyone with an Internet connection was something that no service or network other than EPIX was willing to do. Their belief in this cause, and the passion that they bring to it, made them the obvious choice for Katie and me.”

However, with controversy mounting over creative editing and an official apology of sorts from Couric issued Monday, those who went to the site to view the film Tuesday found a notice that read, “This movie is not currently playing on Epix.”

News of this soon spread via the Daily Caller, Town Hall, and Bearing Arms.

More coverage: @stephsoechtig @katiecouric anti-gun film removed from Epix because of its deception https://t.co/AIa1j8mBkm #2A #WearOrange

In a statement to Guns.com, Epix Chief of Staff Nora Ryan advised that the move was planned and the film is still available for distribution in video on demand and electronic sell through.

Lots of statements on this film this week.