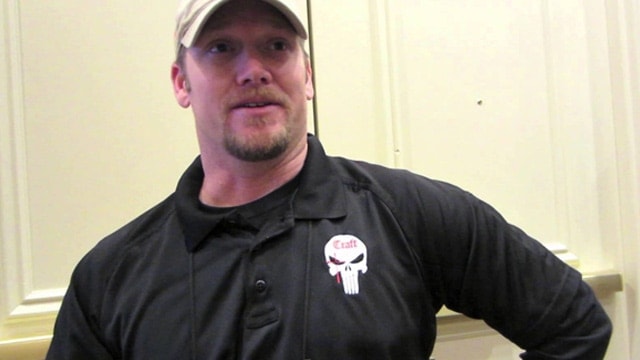 Internal Navy documents raise questions about famed sniper Chris Kyle’s official military record and the one described in his autobiography.

Kyle’s service record lists citations that include one Silver Star and three Bronze Stars with Valor, but in his 2012 book American Sniper he lists two Silver Stars and five Bronze Stars all for valor, according to a report by The Intercept published on May 25.

The Silver Star is the third-highest military combat decoration. The Bronze Star is awarded to servicemen and women for heroic or meritorious achievement or service in a combat zone.

The online magazine obtained the documents through a Freedom of Information Act request filed in late January to the Department of the Navy. In the documents, personal and sensitive information is redacted, but citations are clearly visible.

Yet, Kyle’s discharge paperwork supports details written in his book. His DD214 form, which covers his 10-year career that ended in 2009, indicates he received two Silver Stars and at least five Bronze Stars.

However, Navy spokesman Cullen James told The Intercept that an individual’s official military personnel files are the authoritative source for verifying decorations and awards.

“The form DD214 is generated locally at the command where the Service member is separated,” he said. “Although the information on the DD214 should match the official records, the process involves people and inevitably some errors may occur.”

Defending Kyle’s record, former Texas Gov. Rick Perry wrote an Op-Ed that contradicts Navy officials. “[A] DD-214 is THE definitive record of a person’s time in the military, used to prove the authenticity, duration and character of said service,” he wrote and then blamed “left-leaning” media and President Obama for encouraging the criticisms of the military.

Despite discrepancies raised in the medal count, the actual citations still describes heroic acts in the theater of war.

“His engagements directly prevented casualties to U.S. and Iraqi Forces on more than 30 occasions, including enemy rocket propelled grenade and mortar teams eliminated …” the award continues.

For a Bronze Star Medal, his citation reads: “Throughout the day, he effectively engaged multiple enemy fighters maneuvering against him and U.S. Marine Corps positions. After nightfall, he again engaged a group of enemy fighters targeting the (observation post) with rocket propelled grenades.”

“When U.S. Marine positions came under a large-scale coordinated attack, he requested to stay to provide assistance while part of his element extracted. He successfully engaged an insurgent sniper with a scoped weapon and another with an AK-47,” the citation continues.

Kyle, who claimed 160 confirmed kills as a Navy SEAL sniper, has had his credibility questioned before. A little more than a year after he was murdered, he was found to have defamed former Minnesota governor and professional wrestler Jesse Ventura in a Minnesota court.

In his book, Kyle wrote that he punched out Ventura in a bar after he criticized the SEALs and said they “deserved to lose a few” in the Iraq war. Although Ventura was not named directly, Kyle revealed in interviews while promoting his book that “Mr. Scruff Face” was actually Ventura.

The jury awarded $1.8 million to Ventura to be paid out by Kyle’s estate, which has appealed the ruling.