2 dead in suspected murder-suicide at UCLA 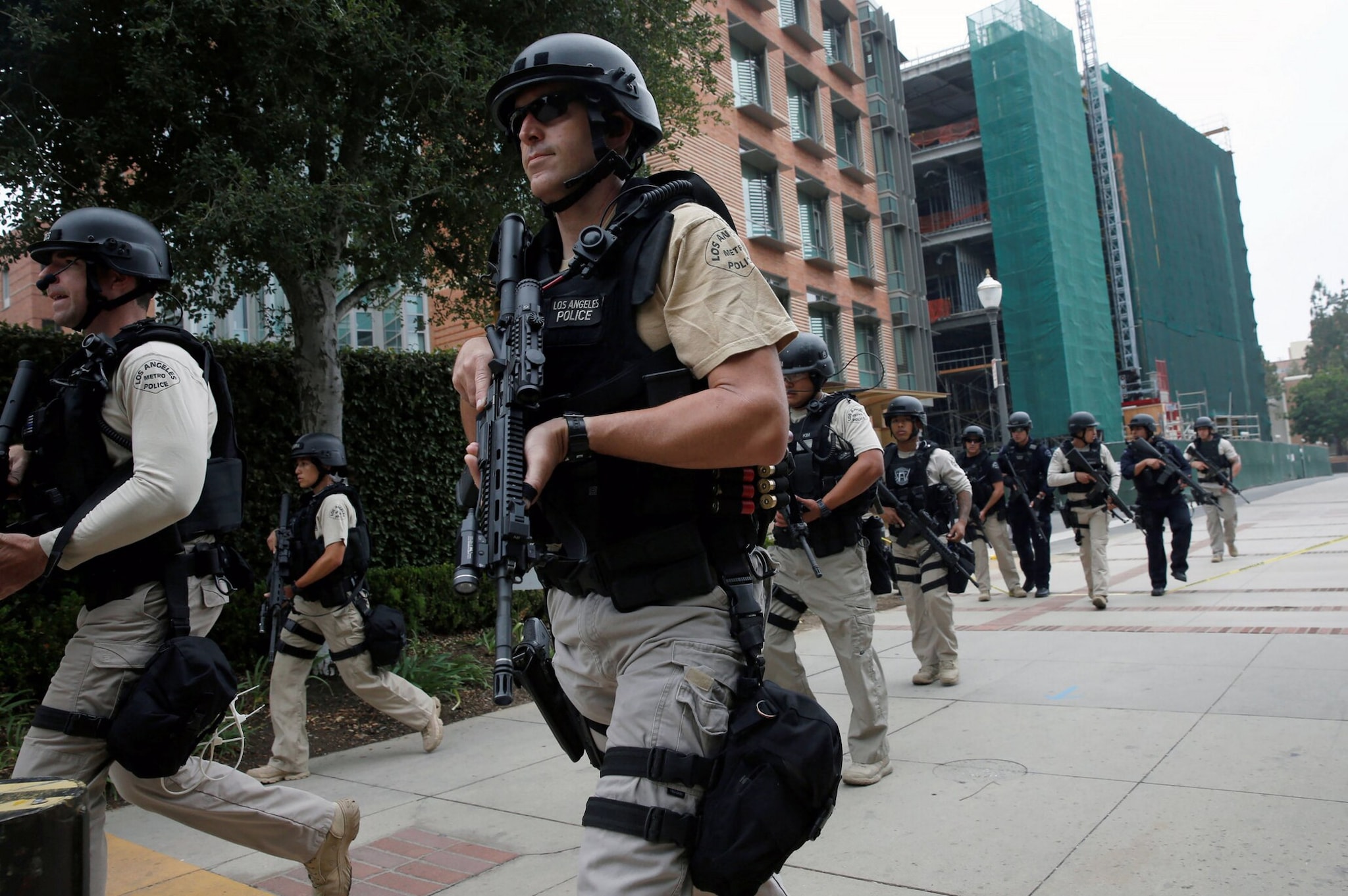 Little information was available about the victims, the police said. It is unknown if they were students, employees or visitors. (Photo: Patrick T. Fallon/Reuters)

Los Angeles police were still investigating the scene of a possible murder-suicide late Wednesday afternoon on the University of California, Los Angeles campus, where two deceased males were discovered with apparent gunshot wounds.

The initial call came in at approximately 10:03 a.m., the caller reporting an active shooter at the college, police spokesperson Tony Im told Guns.com. Upon further investigation, police believe one of the men fatally shot the other before taking his own life.

Police have not released a motive for the shootings, but have confirmed there was a note left at the scene, reportedly a suicide note. A handgun was also recovered, but police have not yet released the model. The incident occurred at UCLA’s Boelter Hall, which houses the engineering department, UCLA News reported.

The Los Angeles coroner has not released the names of the two deceased males and didn’t reach the scene for preliminary testing by 1:15 p.m. local time, a coroner confirmed with Guns.com. LAPD confirmed the coroner was en route.

Though police believe there are no suspects at large, they continued to search the campus.

“There is no evidence to support outstanding suspects at this point, but out of an abundance of caution, we will continue our search,” LAPD Chief Charlie Beck, sporting a suit and tie, told reporters.

Students, teachers, and faculty were on lockdown for about an hour, one person saying she used her belt to secure a door to one of the classrooms she and other students occupied after learning of the incident. Many classes were cancelled and the lockdown was lifted sometime around noon.

Using my belt to lock the door down. #UCLA #activeshooter pic.twitter.com/XIxm0uWIe3