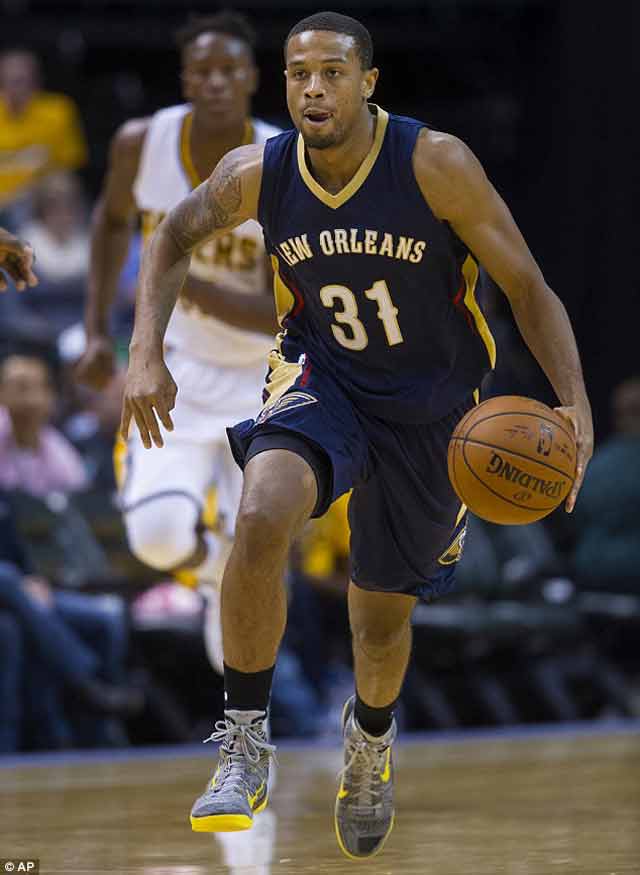 A rookie ball player who was said to have a promising career ahead of him was shot and killed while trying to enter a Dallas apartment.

New Orleans Pelican player Bryce Dejean-Jones, 23, was in the city for the holiday weekend to celebrate his daughter’s first birthday. According to his agent, Scott Nichols, Dejean-Jones suffered a wrist injury that brought his rookie season to a halt. He had been going through rehab and was set to pick up training again Tuesday, following the long weekend.

Reports indicate Dejean-Jones and his girlfriend, who had just moved to a new apartment, became engaged in an argument, causing Dejean-Jones to leave the apartment.

“I don’t know exactly what was said. It could have been just like a normal argument of any couple, but I think maybe that was the reason why he was walking around. Cool some air off,” Nichols said.

But when Dejean-Jones returned, he apparently went to the wrong floor of the apartment building and was banging loudly on a door that did not belong to his girlfriend. When Dejean-Jones made his way to the other side of the door, the resident called out, but received no answer. Not knowing who the man was in his apartment, the resident shot Dejean-Jones.

Dejean-Jones died from his injuries, but investigators believe it was simply a case of him going to the wrong door. In fact, the apartment Dejean-Jones entered was directly below his girlfriend’s apartment.