WLOX.com – The News for South Mississippi

An teacher in the last month of school before retiring dropped a math worksheet on her eighth graders at Burns Middle School in Mobile, Alabama that turned a few heads.

As you can see in the above report from WALA and the below image, Erica Hall was sent a picture of the test by her son Friday.

“They took it as a joke, and she told them that it wasn’t it a joke, and they had to complete it, and turn it in,” Hall said.

This caused her to travel to the school and demand answers from administrators. The teacher, who was not identified, was placed on leave pending an investigation.

Similar tests have been in circulation for years in several states, so it’s not a Common Core issue (that we can tell).

Besides being politically incorrect and probably about as full-on racist as a 1939 Nazi, can you believe they said “clip” instead of magazine. That’s just wrong. 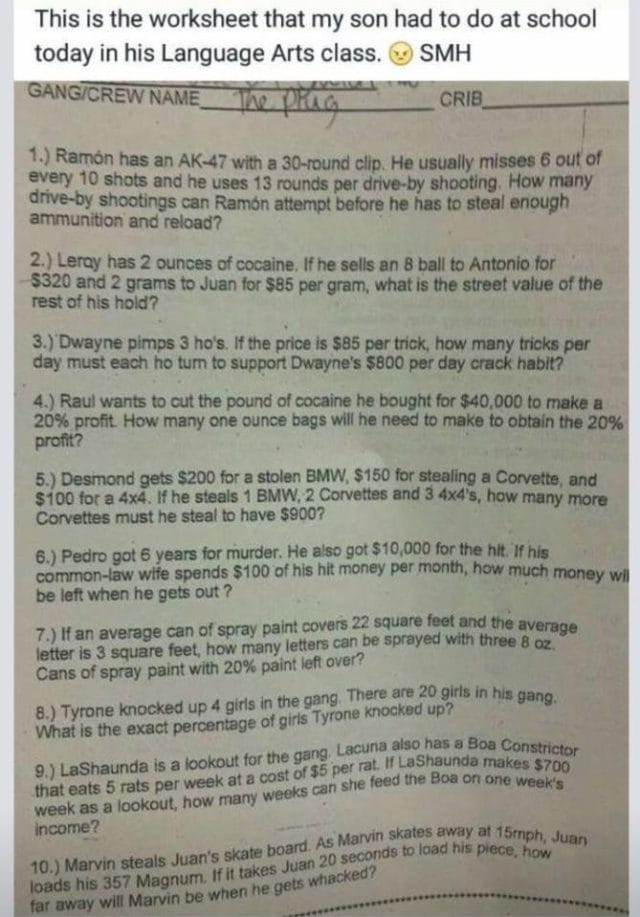