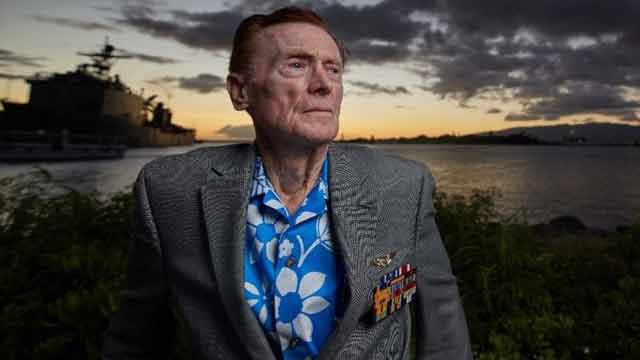 A 94-year-old World War II veteran who survived the attack on Pearl Harbor recently fell victim to a scam that wiped out his savings account, but nearly 700 people banded together and in a matter of four days have raised over $50,000 for the man.

Jack Holder, of Sun Lakes, Arizona, said he received a phone call last year informing him that he had won the Publishers Clearing House Sweepstakes. Holder was to be awarded $4.7 million on top of a brand new Mercedes-Benz. All he needed to do was provide some information so that the money could be transferred.

That information, however, was used to steal $43,000 from Holder’s bank account.

“I can’t believe that anything like this ever happened to me,” Holder said. “I faced almost five years in combat during the war and made it out alive.”

“This is the worst tragedy I’ve ever experienced,” he added.

Authorities say that type of scam is common and they are investigating.

Meanwhile, a Go Fund Me page was set up for Holder and his fiancee, 78-year-old Ruth Calabro. In less than four days it already topped the $50,000 goal, and the donations continue to come in.