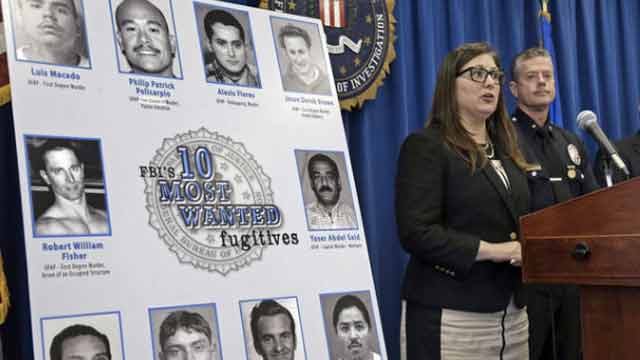 A man who made his way to the Federal Bureau of Investigation’s 10 Most Wanted list after the violent murder of his pregnant girlfriend was captured Sunday by agents with the U.S. Customs and Border Protection near San Diego.

Philip Patrick Policarpio, 39, became a top priority for the FBI less than two weeks ago. On April 12, Policarpio and his girlfriend, Lauren Olguin, 32, were at a party in East Hollywood when Policarpio became enraged and began beating Olguin before shooting her in the head in front of partygoers. Olguin, who was 17 weeks pregnant at the time, died as a result of her injuries, as did the unborn baby, according to a press release from the Border Patrol.

“His pattern is one of violence, and he is always armed,” FBI Special Agent Scott Garriola said of Policarpio earlier this month. “He is the definition of a continuing threat to the community.”

The FBI’s wanted poster noted that Policarpio, who was known to abuse illegal drugs, should be considered armed and dangerous.

Policarpio, who was on parole for a prior 2001 felony conviction that included assault with a firearm, immediately fled after killing his girlfriend. He went to Mexico, with no intention of returning to the United States, but a wrong turn over the weekend led him straight to authorities. 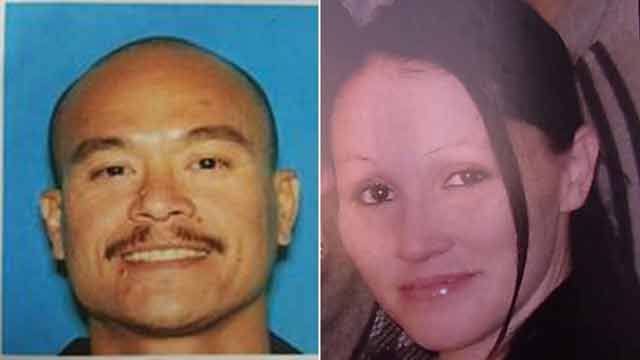 Philip Patrick Policarpio (left) is accused of the brutal murder of his pregnant girlfriend, Lauren Olguin, and their unborn baby. (Photo: FBI)

Policarpio was stopped while attempting to enter the U.S. in the San Ysidro district of San Diego. He revealed to Border Patrol agents that he was traveling from Tijuana and had accidentally made a wrong turn. When asked for his identification, Policarpio gave authorities a fake name, and was unable to produce any documentation.

“That of course sets off red flags among us,” Sidney Aki, port director at the San Ysidro crossing, said in a press conference, according to the Los Angeles Times.

After running his fingerprints, authorities determined Policarpio’s true identity and at that point he attempted to flee from authorities again. However, he did not get far before being captured.

A 22-year-old woman who was with Policarpio was released and allowed to return to Mexico. Dierdre Fike, special agent in charge of the FBI’s Los Angeles office, said the two met at a strip club in Mexico, but the woman did not have the legal documentation needed to enter the U.S.

Policarpio will face murder charges for the death of Olguin, as well as their unborn child.