Flown by the 221st LtBVr (Attack Helicopter Squadron), the late model Hind was already the stuff of nightmares before it received its special tiger stripe and Xenomorph ovipositor scheme in an ode to Swiss artist H. R. Giger, which took over 200 hours to apply. 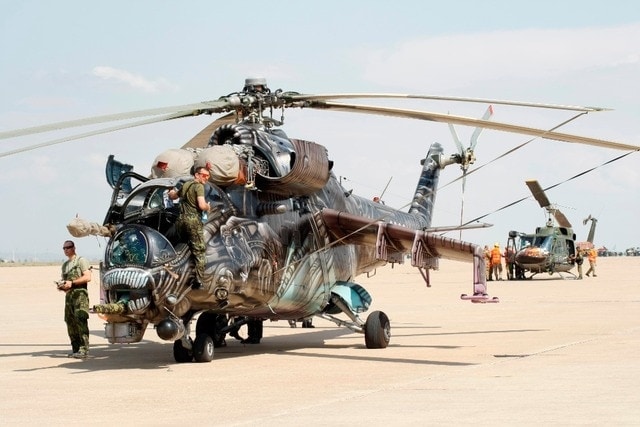 The annual event which has been ongoing since 1961 consists of a series of exercises, conferences, and public relations evolutions. This year’s meet had aircraft from 15 member nations. 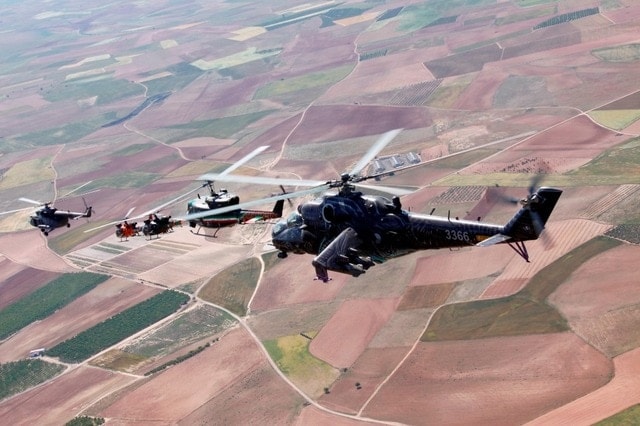 As noted by the Czech military, who operate 17 of these Soviet-bloc attack helicopters, the version in service with the 221st carry UPK-23-250 two-barrel cannon in the chin and pods for rockets, 30mm automatic grenade launchers, four-barrel 9-A-624 12.7mm or four-barrel 7.62 mm 9-A-622 machine guns under the wings.

Which in the end is likely enough to want to nuke it from orbit. 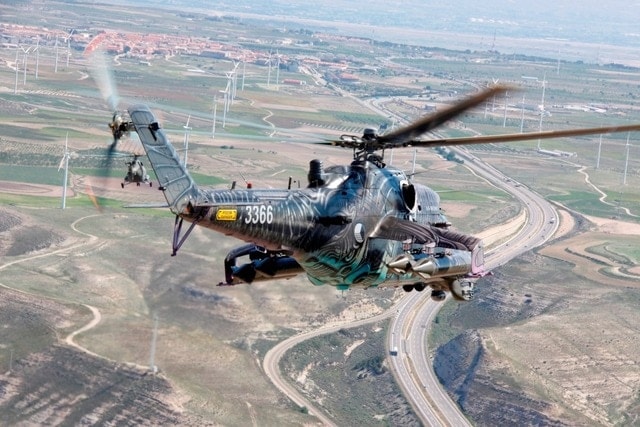 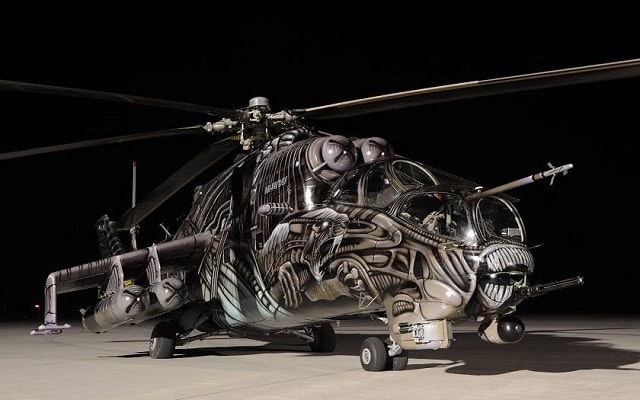