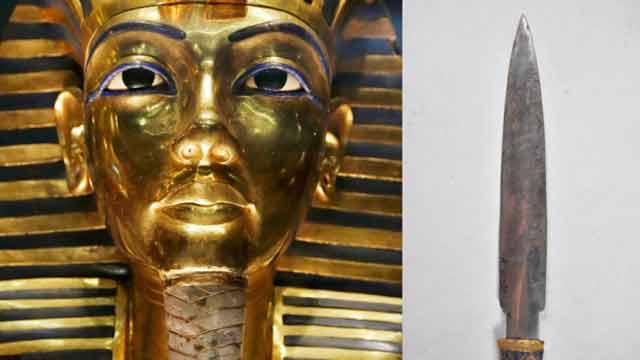 A dagger found with the mummified remains of the famous Egyptian king Tutankhamun, as it turns out, was forged from a meteorite, experts agreed following a study of the unique blade.

The study to determine the knife’s make-up was led by Daniela Comelli, professor of materials science at the Polytechnic University in Milan, Italy. The analysis, which was performed, in part, by the use of X-ray fluorescence, showed that the dagger was made up of 10 percent nickel and less than 1 percent cobalt, comparable to 11 other meteorites which were analyzed.

The dagger, which was protected by a gold sheath, was discovered in 1925, three years after the discovery of the mummified king. Experts say the dagger was one of only a few iron artifacts found from the time period, and noted that iron smelting in Egypt was not believed to be developed until several centuries later.

“The problem with iron working is related to its high melting point (1,538 C). Because of it, early smiths couldn’t heat ore enough to extract iron and couldn’t forge the iron into weapons,” Comelli told CBC in an email.

Comelli noted that the dagger was most likely shaped by hammering and that the “iron in the sky” held more value than gold. 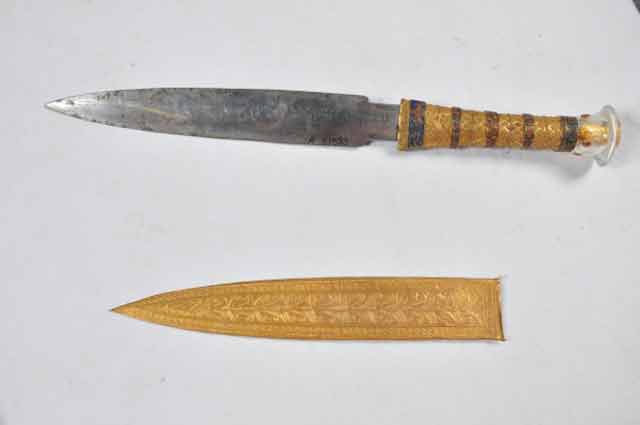 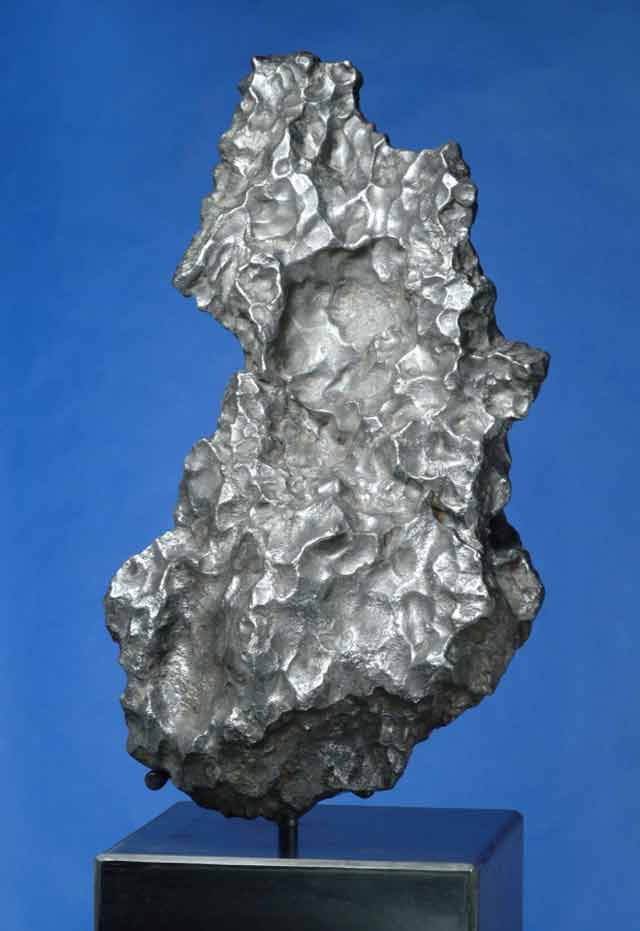