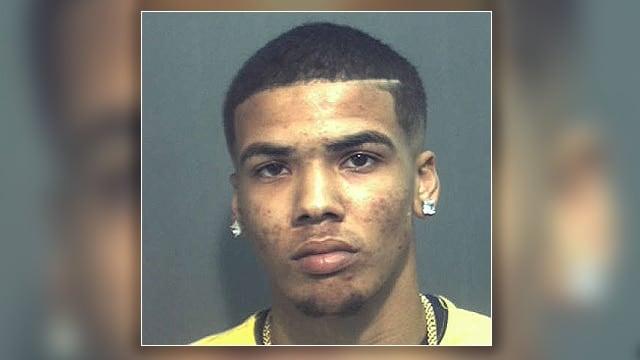 The fact of the matter is that Wismick Antwone Olizia was found by police with a gun, it’s just not clear what kind, or if it was stolen. (Photo: Orange County Sheriff’s Department)

Police in Orange County, Florida arrested an 18-year-old at an area Popeye’s Chicken with a booze, cannabis, and a .22 handgun with an odd description.

The Orlando Sentinel describes the event that occurred at 1:22 a.m. on May 1 with a true crime flair to it, pumping up the suspicious car and a gun stolen in 1985. The gun, listed simply as a Ruger by the Sentinel, was reported missing in Texas but curiously, “Since the firearm had been reported stolen that long ago, Houston police said they could not confirm whether the gun was still considered ‘stolen'”

However, there may be more to the matter.

Public records show the man in the incident, Wismick Antwone Olizia, 18, was booked into county that morning with two undisclosed holds on him and charges for carrying a concealed firearm, possession of cannabis less than 20 grams, possession of drug paraphernalia, and possession of alcohol by a person under 21. The first crime is a third degree felony while the subsequent ones are misdemeanors.

The narrative of the police report, part of court documents obtained by Guns.com, describe the gun as a “Ruger RG23″ handgun” serial #219280. While it does not make it clear if the gun was a revolver or pistol, the fact that it was recovered with three live rounds and one spent casing still in the handgun would point to the former.

The problem is, no such gun was made by Ruger, who never manufactured a model known as the RG-23.

Ruger’s SP-101 and LCR, revolvers were not in production in .22LR in 1985 and do not have the serial number range to accomidate the gun in question while the Single-Six, made since 1973, likewise does not have the same serial number sequence to include the one mentioned in Orange County’s report.

There was an RG-23 in firearms history, and it was a .22LR, but it was made by Rohm Gesontheim in West Germany then imported principally by Eig Cutlery and later F.I.E. of Miami. Made from zinc alloys with plastic grips they were sold for $19.95 in the 1960s before the Gun Control Act of 1968 cut off importation.

Which leads to question whether the correct gun was queried by deputies, and if it was, in fact, stolen.

Guns.com has reached out to the Orange County Sheriff for clarification.

Regardless, Olizia, who was released from jail on May 2 with a $2500 surety bond and is not currently listed in the Orange County inmate records management system, while he may not be facing a stolen gun charge, is still pending the four he was booked under.

He is represented by the office of the public defender and his case is assigned to Circuit Court Judge Mark S Blechman.