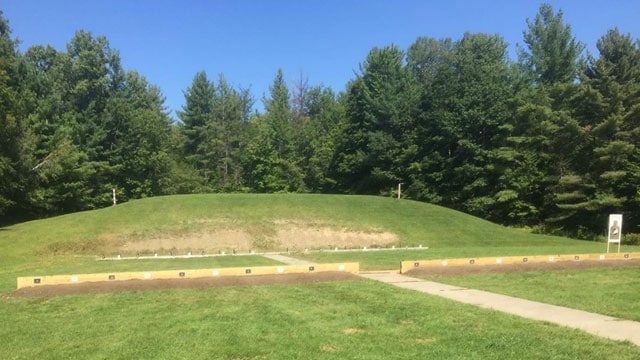 One of the immaculate Vermont ranges that will be the site of the new CMP travel match. (Photo: Civilian Marksmanship Program)

The national Civilian Marksmanship Program announced this week the addition of a new location to its popular Travel Match series.

Both competitive and educational events will take place, and are open to both rifle and pistol shooters. Matches will be tailored to both experienced and new shooters.

Educational activities planned are a new shooter clinic, a Garand maintenance clinic, and a small arms firing school. The latter will follow the curriculum of the traditional SAFS conducted at CMP’s national matches at Camp Perry, Ohio. It includes both classroom and hands-on segments.

SAFS participants need not have any prior shooting experience. The beginner-friendly program culminates in students competing in a live fire, M16 EIC match.

Group lodging will be available on site. People interested in attending should visit the CMP website for more information on both the Travel Games and the New England venue. Registration is open now.

The Travel Games were established to allow more shooters to participate in matches similar to the CMP’s National Match, but on a smaller and more accessible scale. The Traveling Games program is now 10 years old. Besides the new Vermont location, other events are held in Oklahoma, North Carolina, and Phoenix.