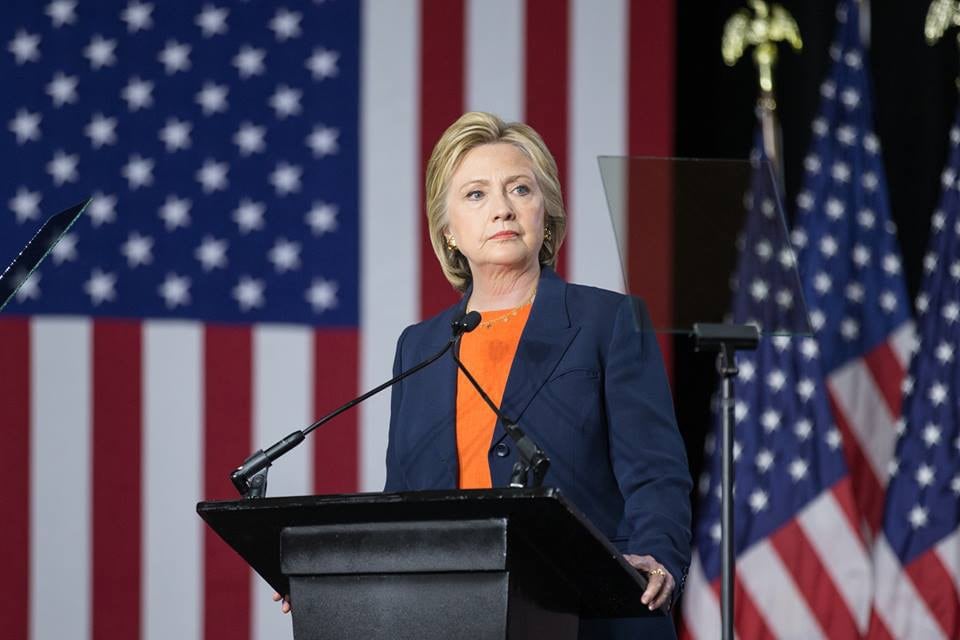 The group made the announcement last week as it advocated “Gun Violence Awareness Day” — a day in which the public is encouraged to wear orange, a color that translates into do not shoot — for a second year in a row.

“Gun Sense Voters have a champion in Hillary Clinton. Our litmus test is simple: does a candidate side with the public or with the gun lobby?” said John Feinblatt, Everytown’s president, in a statement. His comments referring to public polls showing broad public support for background checks and groups like the NRA fighting such measures.

“Hillary Clinton passes that test with flying colors – pushing back against the NRA’s extreme ‘guns for everyone, everywhere’ agenda, and ushering in a new political calculus that saving lives from gun violence is a winning issue,” he said.

Alongside the endorsement, Everytown released its agenda for the upcoming election, which includes: passing ballot initiatives to require criminal background checks on all gun sales in Maine and Nevada; and passing a new ballot initiative in Washington State that empowers family members and law enforcement to help prevent tragedies and save lives.

Clinton, the presumptive Democratic presidential nominee, has adopted many measures proposed by gun control groups during her campaign such as advancing universal background checks, making those on the “no fly list” prohibited buyers, and repealing a law that protects the gun industry from liability lawsuits for individual criminal acts.

Her opponent, Vermont Sen. Bernie Sanders, has been hesitant to throw his weight behind efforts to repeal the law that shields the gun industry from liability cases, but he has supported other gun control measures.

The NRA endorsed Republican frontrunner Trump at its annual meeting when he was close to securing enough delegates for the nomination. Alongside the endorsement, the gun lobby said Clinton “wants to abolish the Second Amendment.” The group launched its anti-Clinton campaign at its meeting in 2015.