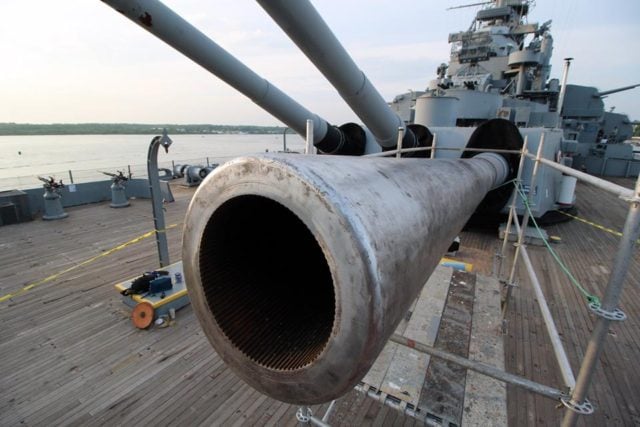 These guns could fire a 2,700 pound armor piercing shell some 23 miles away. (Photo: USS Massachusetts Facebook)

The 16-inch guns on the USS Massachusetts were used to plaster enemy ships and troops during World War II but are in need of some attention to last another 75 years.

Commissioned in 1942, “Big Mamie” earned an impressive 11 Battle Stars during the War the hard way. Her mighty 16″/45cal guns (that’s a bore 16-inches wide and a barrel tube 45 calibers, or 720-inches long) silenced the Vichy French battleship Jean Bart in Morocco, then bombarded  Kwajalein, Iwo Jima, the Philippines and even the Japanese Home Islands. In fact, she wore her guns down to the point that they had to be relined at least once during the war.

Decommissioned in 1947, she has been on display at Battleship Cove in Fall River, Massachusetts, since 1965 and an all volunteer group from the museum has spend a good deal of time cleaning the accumulated rust and layers of paint off one of her nine 16-inchers, bringing it down to the bare metal for the first time in some 75 years, then priming and painting the tube to protect it from the harsh Massachusetts weather and salt air. 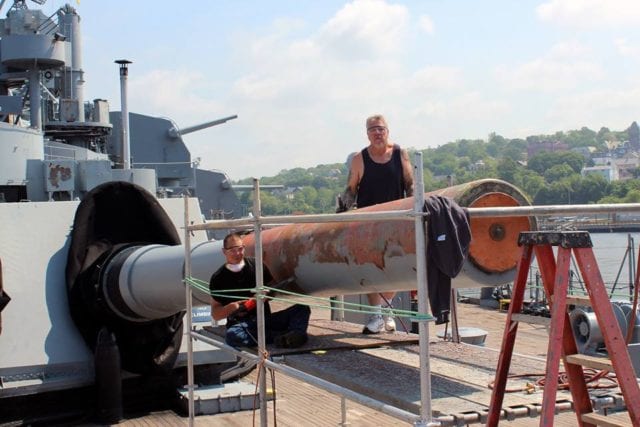 It’s a dirty and thankless job, but worth it to the volunteers. (Photos: USS Massachusetts Facebook) 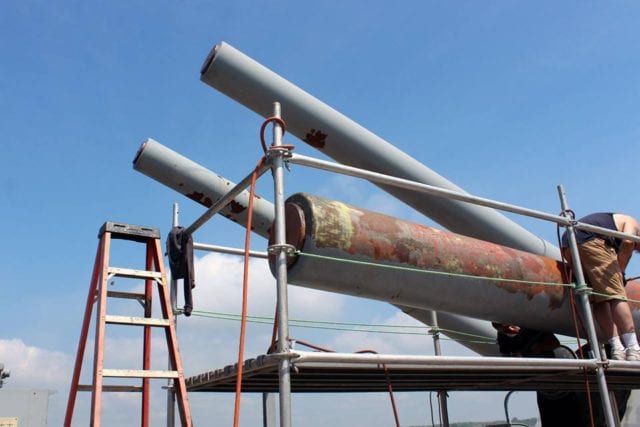 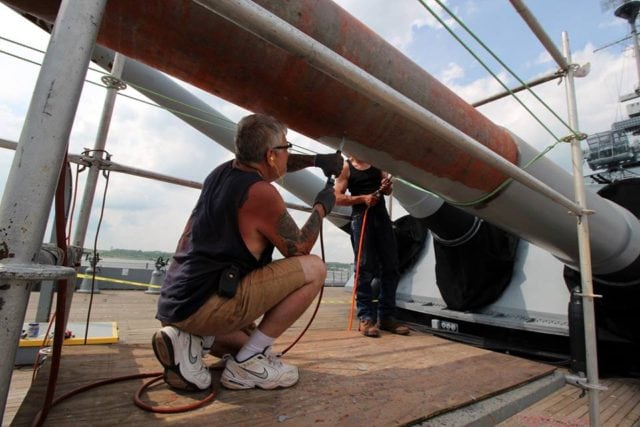 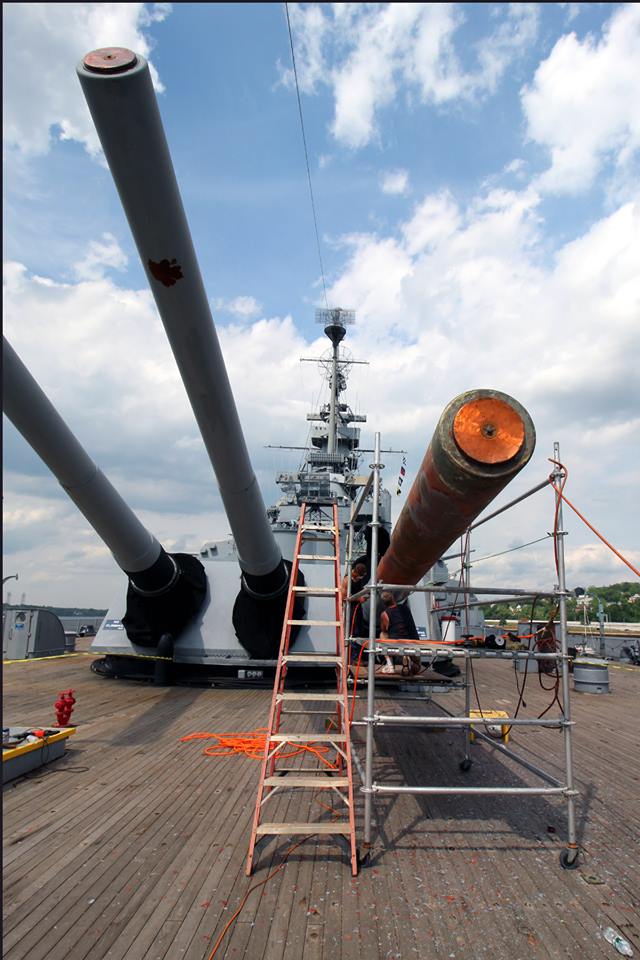 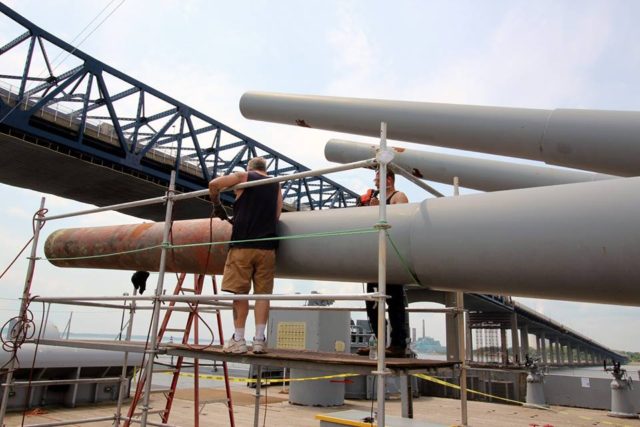 A full charge of propellant was some 535lbs of very explosive powder held in silk bags. A reduced charge of about half that amount could be used when fighting at night to produce a very dim muzzle blast, but would cut the range down considerably. 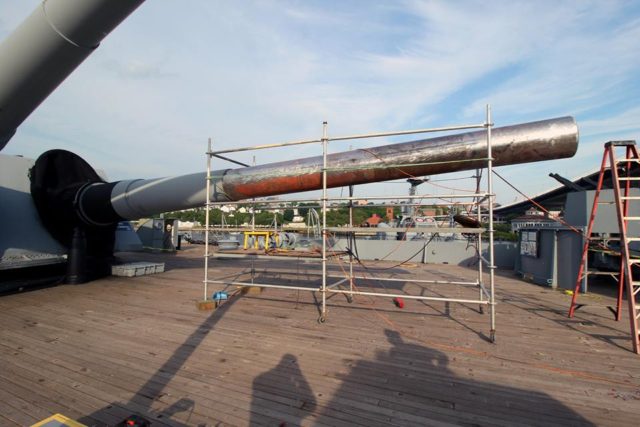 Down to the bare metal 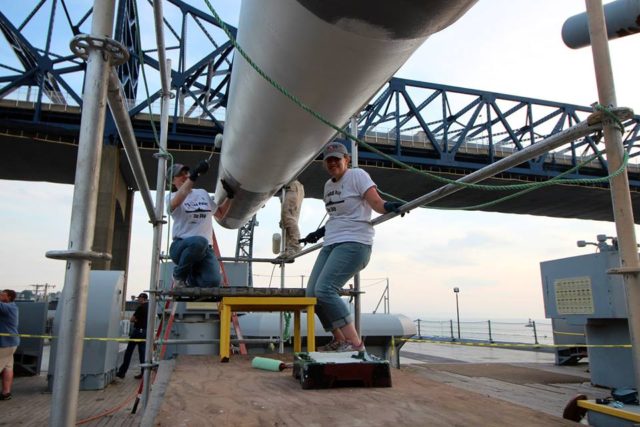 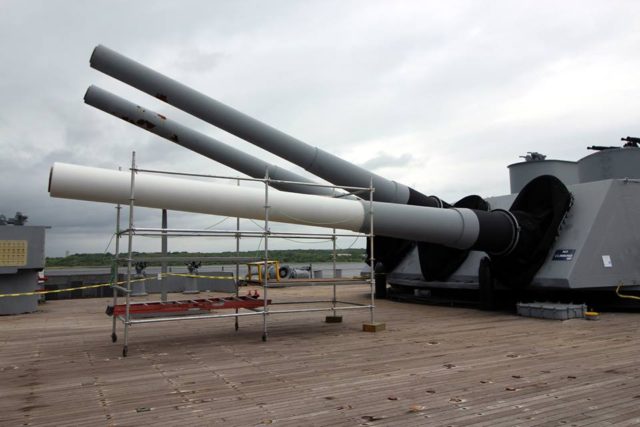 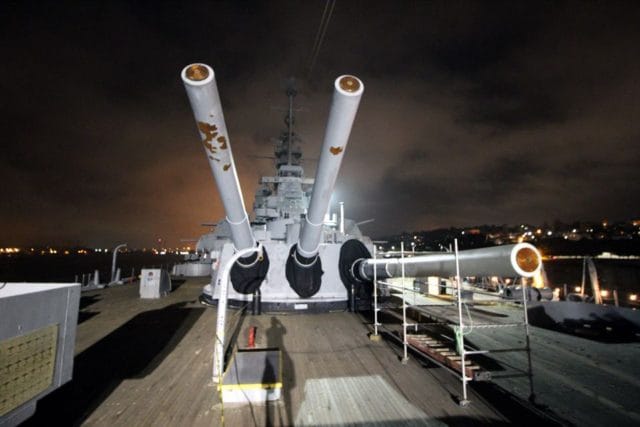