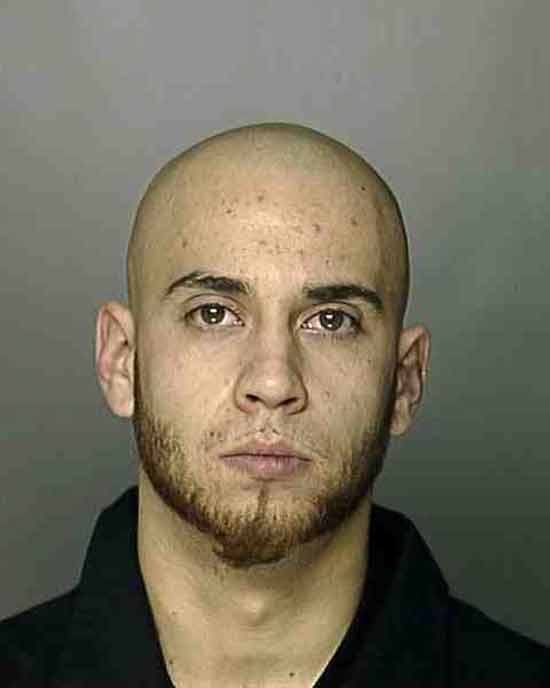 A 29-year-old man convicted of running a Craigslist robbery scheme was sentenced Monday in a Bucks County, Pennsylvania, court to spend the next 12 to 24 years in a state prison.

Shawn Christopher McShane, 29, of Ocean City, New Jersey, pleaded guilty to two counts of robbery, aggravated assault and being a prohibited person in possession of a handgun, as well as assaulting a police officer.

According to a press release from the Bucks County District Attorney’s office, McShane placed a bogus ad on Craigslist in January, advertising a 2004 Honda Civic for sale. McShane then used the ad as a setup to rob two potential buyers at gunpoint of nearly $9,000 in cash in less than one hour.

Prosecutors said when the victims met McShane at a previously designated location to purchase the car, McShane pulled a gun on them and stole the cash they brought for the purchase — $4,200 and $4,600. McShane also stole the first victim’s cell phone and wallet containing his identification and debit cards.

The victims reported the robberies and later that same night, Bristol Township Detectives Timothy Furhrmann and Gregory Beidler saw a man at a local bar and grill that matched the description given by the victims. While watching the suspect, the detectives placed a call to the phone number listed in the ad, and when they observed McShane answer the call, they moved in to make an arrest.

McShane was found to be in possession of two separate bundles of cash, totaling over $5,000, marijuana and a .45-caliber pistol. He was also found carrying the first victim’s driver’s license, debit card and wallet with an additional $600 in cash.

McShane was arrested and transported to the Bristol Township Police Department, where he then attacked Officer Jason Reilly in an attempt to escape from a holding cell.

As Bucks County Judge Rea B. Boylan handed down his sentence, McShane blamed his behavior on drug addiction and admitted he used heroin, Xanax and alcohol the night of the robberies. The statement, however, was not well-received by the judge.

“I feel sorry for everyone involved,” McShane told Judge Boylan. “I didn’t mean to hurt anyone. My only concern was getting high. I need help.”

But Boylan noted that the actions carried out by McShane were not conducive with a typical drug-fueled crime. Boylan said the criminal acts were not impulsive, but rather required extensive planning on his part and also involved him terrorizing his victims with the use of a deadly weapon.

“Almost all of his past criminal contacts involve a gun,” Stancu told the judge, in reference to McShane. “It’s the same behavior, over and over.”

McShane was ordered to serve two consecutive six- to 12-year sentences for the robberies, and a concurrent five to 10 years for the firearms charges and 18 months to three years for the assault against Officer Reilly, who suffered chest injuries during the attack.