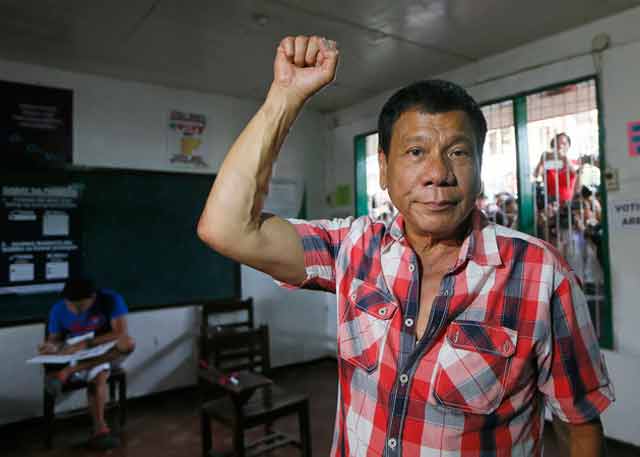 The 71-year-old recently elected Filipino President is making big promises to bring drug-related crime and corruption to an end, and while he has received a lot of cheers, some are concerned about his tactics.

Rodrigo Duterte indicated in a speech Saturday night that he’s on the hunt for drug dealers and he is engaging the public for help.

“Please feel free to call us, the police, or do it yourself if you have the gun — you have my support,” Duterte said of executing drug dealers.

Duterte said the corruption of the drug trade can be found even in the country’s own law enforcement, but Duterte nonetheless ensured he would support those who helped his cause.

Duterte said if a drug dealer resists arrests or threatens a citizen with a weapon, “You can kill him. Shoot him and I’ll give you a medal,” he said.

“If you’re still into drugs, I will kill you,” he reiterated in plain speech.

Duterte’s words were met with much applause, but some human rights groups are concerned that the encouragement to kill drug dealers may lead to violations of human rights.

The same groups have accused Duterte of involvement with the “Davao death squads,” a motorcycle-riding group of assassins who have killed a number of suspected criminals. The group said no charges have been filed because no one will testify against Duterte.