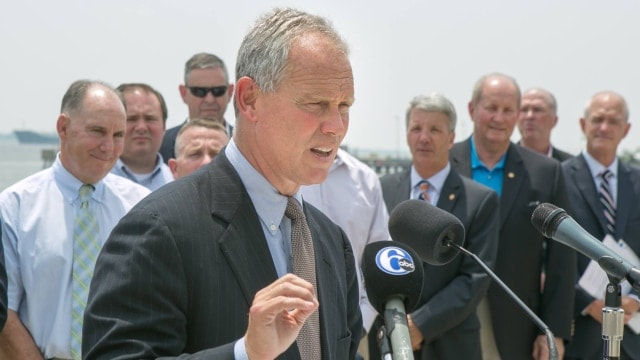 Pennsylvania House Speaker Mike Turzai and others are leading a push to swap out the state’s 18-year old background check system for NICS. (Photo: Mike Turazi/Facebook)

Legislation will be brought up Tuesday in the House to replace the troubled Pennsylvania Instant Check System that has long drawn the ire of gun rights advocates.

The proposal to scuttle the system in favor of the Federal Bureau of Investigation’s National Instant Background Check System, is backed by Republican Speaker Mike Turzai and currently has over 70 bipartisan sponsors.

“The PICS system duplicates the background check which is already completed when a NICS check is conducted and as a result wastes taxpayer dollars,” said sponsor Rep. Tim Krieger in a memo to lawmakers. “I believe that my legislation will help streamline the background check process and provide substantial savings to the Commonwealth by eliminating duplicative processes.”

Krieger’s legislation, HB 921, would eliminate PICS as well as the Keystone State’s current handgun record of sale and replace it with the federal program that is already used as a stand-alone check in 36 states.

PICS was implemented in 1998 to replace the state’s mandatory five-day waiting period and is maintained by the Pennsylvania State Police Firearms Division and has cost the state $120 million since then.

The program is used for both licensed over the counter gun sales and when clearing applicants for a concealed-carry permit. While the State Police contend about 60 percent of checks are completed within minutes, some can last for up to 15 days as a staff that tops 102 positions investigates them. This is a stark contrast to the three-day default-to-proceed rule under NICS.

PICS, though recently retooled, has been debated by lawmakers for years and has often gone offline including one period in 2012 where it was shut down for nearly a week.

Further, many argue the system even when it is available is fundamentally flawed. A webpage on the program maintained by the Firearms Industry Consulting Group, an attorney group dealing with gun law, states that, “It is not uncommon for the PSP’s PICS system to erroneously deny an individual because its records are not complete.”

Gun control advocates and some Democrats in the legislature have gone on record in very public opinion pieces arguing it would be a mistake to scrap PICS and instead should not only keep it but expand it to include private sales.

A fact sheet supporting the system circulated by Ceasefire PA contends PICS has far more information contained in its database, especially concerning protective orders, than NICS and that police arrested 153 individuals with active warrants attempting to purchase firearms due to the program last year.

Gun rights groups, including the National Rifle Association and Firearms Owners Against Crime characterize PICS as a “burdensome, duplicative process” and have even gone so far as to say it is the first step to establishing a gun registry.

“Some argue for maintaining this antiquated dual system because there are records in certain state databases that are not included in NICS due to poor quality of the records,” said FOAC in a statement. “Rather than continuing the inefficient and costly system, the state should focus on improving the quality and completeness of the records so they may be submitted to NICS and accessed by FFLs in other states as well as Pennsylvania. Problems with state databases should be addressed through reform, not by covering up the insufficiencies with PICS.”

The National Shooting Sports Foundation supports the bill and are actively working on it. Larry Keane, senior vice president and general counsel for the trade group explained to Guns.com they have long supported having states like Pennsylvania, which use a Point of Contact system, transition to NICS.

The legislation will be heard in the Judiciary Committee on June 7. Republicans dominate the Assembly, but it is unclear where newly elected Gov. Tom Wolf, a Democrat, stands on the issue.