Wolverines! The pistols, that is (5 PHOTOS) 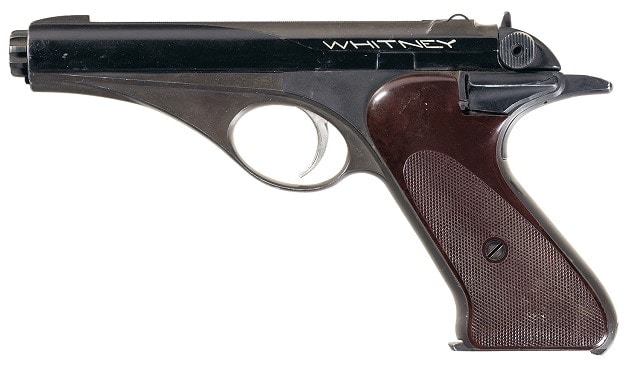 What Buck Rogers fan wouldn’t love one of these? (Photo: RIA)

There weren’t many of Robert Hillberg’s Whitney Wolverines made during the Atomic Era but Rock Island Auction Company has no less than three– including a rare nickel variant– up for grabs.

Hillberg, who went on to High Standard, was a University of Michigan alumni (guess what their mascot is) who designed the Wolverine for Whitney Firearms of Hartford, Connecticut in 1953. The space-age looking rimfire pistol was a blowback semi-auto .22 LR made from an investment “Duraluminum” casting– which was new for the time.

They sold for $39.95 around the time that Buddy Holly was still doing live shows and were advertised as being as “Modern as Tomorrow.” 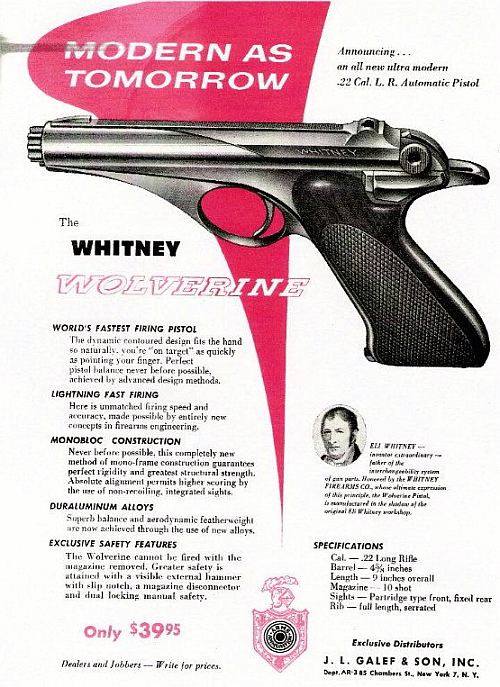 Really sweet looking plinkers, these 10-round rayguns never really sold very well and less than 14,000 were made before 1962, almost all of them being blued.

This makes all three being auctioned by RIA, including the two blued guns with 4.5-inch barrels and the nickel 5.25-inch model, C&R pistols in both classification and actuality. 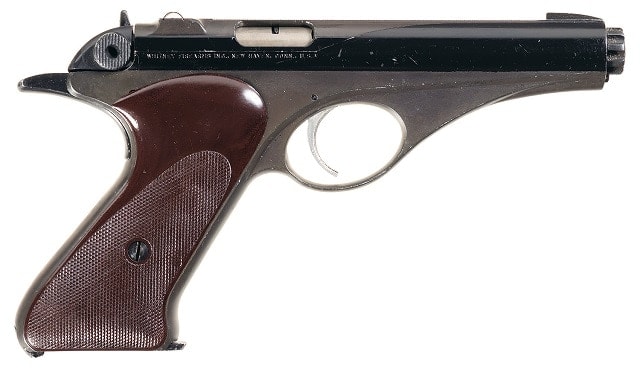 RIA has two blued models up at auction this month, both starting at $800 estimated bids (Photo: RIA) 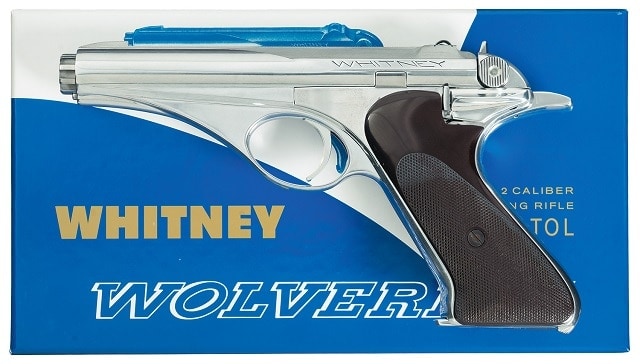 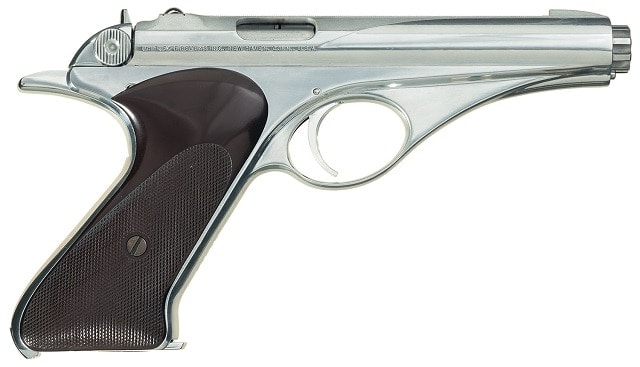 All three pictured above are in RIA’s upcoming Regional Firearms Auction, set for June 24-26. Estimated bid prices range from $800-$2750.