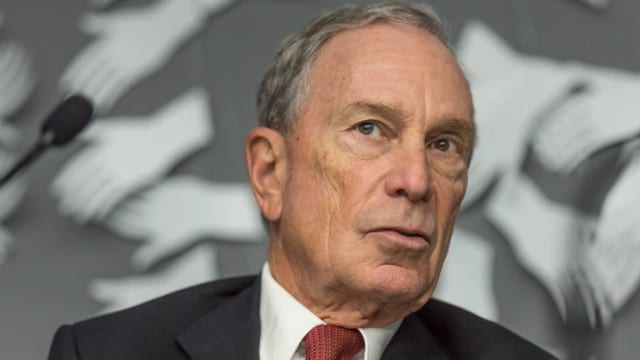 Former New York Mayor Micheal Bloomberg may not be running for President, but his name will appear by proxy on a number of voter initiatives funded through his gun control group this November. (Photo: Jonathan Raa/NurPhoto/Zuma Press)

A ballot referendum before Maine voters this November to require expanded background checks on most gun transfers is being paid for by money from New York.

While representing themselves as a grassroots movement of local residents, the money behind the push for Maine’s ballot initiative is anything but according to mandatory financial records filed with the Maine Commission on Governmental Ethics and Election Practices last week.

Disclosures from the Mainers for Responsible Gun Ownership Fund show that of the $2,137,381 collected so far this year, $1.7 million came from the New York-based Everytown for Gun Safety Action Fund and another $431,899 from Maine Moms Demand Action, the latter of which is registered as operating out of the same Ellsworth, Maine, post office box and in turn received most of its funds direct from Everytown.

The remainder of the $2.1 million, just $5,482, came from a handful of private donations of less than $500 each, several from area attorneys.

Staffers from Everytown and former U.S. Rep. Gabby Giffords’ Americans for Responsible Solutions accounted for another $60,000 in in-kind contributions in stragety, consulting and outreach efforts. Among the group’s expenditures, besides setting up an office and hiring local field staff, was a $1.4 million payout to Gum Spirits Productions, a Portland-based media production company for ad work.

The Fund itself is listed with Tara Paone as an officer and Kathleen McInerney as Treasurer.

If Paone’s name sounds familiar, she is Everytown’s Treasurer and is listed as an officer of Nevadans for Background Checks, the organization seeking a similar measure in that state where over $3 million has been spent.

McInerney is also an Everytown staffer, and among other duties serves as the treasurer for the group in Minnesota and president of the Oregon Democracy Fund, which paid for ads supporting a number of lawmakers facing recall in that state over their votes on an expanded background check measure.

By comparison, the National Rifle Association’s Institute of Legislative Action, working in Maine while registered at their Virginia headquarters, spent a miserly $30,366.

If the four-page proposed amendment to state law were approved in its current form, most gun transfers from one private citizen to another would first have to pass a background check administered by a federal firearms license holder.