Everytown says 2016 will be the year of gun safety 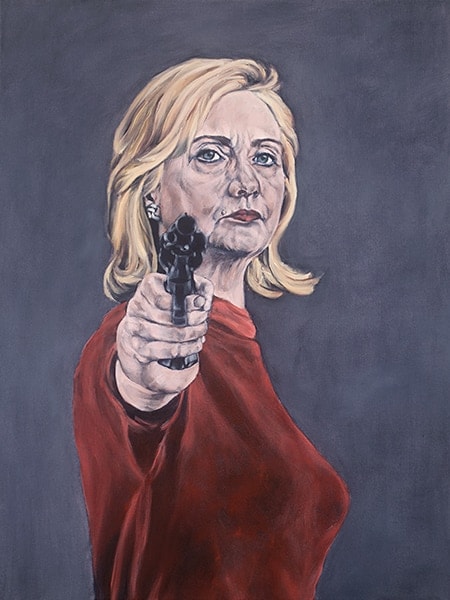 “Last week we endorsed Hillary Clinton for president because she’s willing to stand up to the gun lobby – so we stood up for her,” said Shannon Watts, founder of Moms Demand Action, part of the Everytown for Gun Safety network, in a statement. “Our supporters worked to push her over the top in California, a state with strong gun laws and a strong base of Gun Sense Voters, and they made a big difference. This is yet more proof that guns is a winning issue – and another step toward making 2016 the year of gun safety.”

The Brady Campaign to Prevent Gun Violence also backed Clinton six months ago, and praised her for “making gun violence prevention a centerpiece of your platform.”

Clinton is considered by the National Rifle Association and the rest of the gun industry lobby to be anti-gun.

The group’s attack on the former secretary of state began right around its 2015 annual convention, when many of the policy speeches delivered targeted Clinton and her perceived gun control agenda, going as far as saying she’d seek a total ban on and confiscation of Americans’ guns, much like what was imposed on Australians after the 1996 Port Arthur massacre, one of the deadliest mass shootings in history.

We know the #2A is on the ballot this November. So Bring. It. On, @HillaryClinton

The charged rhetoric was no different at this year’s NRA convention, held in Louisville, Kentucky, last month, when presumptive Republican presidential nominee Donald Trump accused Clinton of trying to “abolish the Second Amendment.”

Trump received the NRA’s endorsement during that convention.

Though Clinton hasn’t officially been named the Democratic Party’s nominee – that doesn’t happen until its convention in Philadelphia beginning July 25 – she was declared in an early count of pledged delegates by the Associated Press.

The reporting – which included the news agency’s own canvassing of superdelegates and wasn’t based on a primary victory – drew fire from ultra-liberal critics (Bernie Sanders supporters), like The Young Turks and the mainstream media alike, who hammered the AP for breaking the story before the New Jersey and California primaries, worth 126 and 475 delegates, respectively.

“It was an unusual, somewhat arcane way to crown the nation’s first female presidential nominee from a major party, in part because the 571 superdelegates who told The A.P. they were committed to Mrs. Clinton are free to change their minds until the convention next month,” the Times wrote.

RELATED: Are Democrats coming for your guns?

While Clinton has never said – nor does her policy state, according to Politifact – that she plans to erode the Second Amendment, a recent vacancy on the Supreme Court after the death of Justice Antonin Scalia and potential future vacancies on an aging bench, gun rights proponents are fearful Clinton will appoint liberal, anti-gun judges who would vote against the right to keep and bear arms.