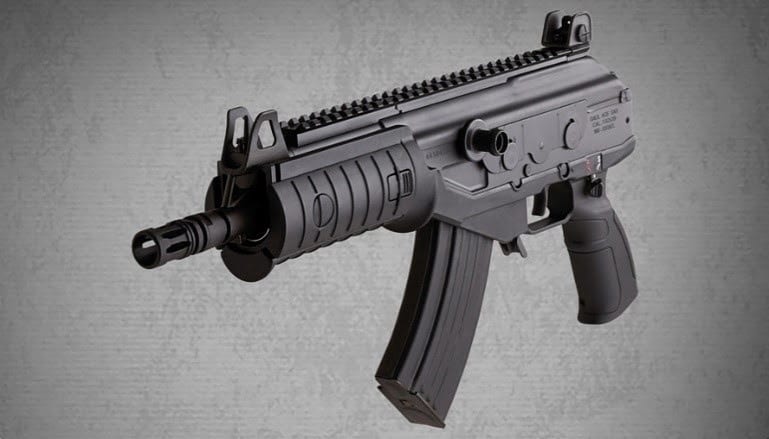 The Galil ACE pistol in 7.62x39mm now contains the proper receiver with the 2-pin fire control group and is shipping to recall participants. (Photo: IWI)

Harrisburg-based IWI US, Inc. announced this week that replacement Galil ACE pistols, also known as the GAP39-II, are on their way to owners affected by the last year’s recall over a design detail that has restrictions in the U.S.

Days before the New Year, IWI recalled the newly released pistols for having a receiver stamped to appear as a three-pin firing control group, as seen on full-auto firearms. Although the GAP39-II was unable to fire full auto, IWI admitted the design didn’t comply with federal regulations for AK-type receivers and voluntarily performed the recall.

Now sporting legal two-pin firing control configuration, GAP39-IIs without the offending pock mark are being shipped back to their original owners. Brand new ones are also ready for sale. In addition, IWI’s new Galil ACE rifles will be released in mid- to late June. Gailil ACE pistols with stabilizing braces won’t be far behind — new models go out to distributors within 60 days.

Original Galils rifles first appeared in the late 1960s, manufactured by IMI, with recoil reduction built into the platform. The current Galil ACE by IWI also incorporates elements of the AK-47 as well as its original inspiration, the Finnish Vannet RK 62. The Galil was created as an improvement upon the RK 62. In turn, the Galil platform itself has undergone more than 40 years of evolution.

In addition to dependable performance and accuracy, IWI’s current renditions of the Galil incorporate a charging handle located on the left, instead of original right side, for support-hand operation. Polymer components have reduced the GAP39-11’s weight to six pounds without a magazine. There’s a generous helping of Picatinny rail on top, plus a tritium front sight as part of the fully adjustable iron sight set. Other modernizations include a Picatinny tri-rail forearm with built-in, slide on/off rail covers with pressure switch access.

Galil ACEs run on a closed rotating bolt, long stroke gas piston system. The GAP39-II is 18 inches overall, with a barrel length of 8.3 inches. The barrel is cold hammer forged and chrome lined with a right-hand, 1 in 9.45-inch twist.

ACEs accept a 30-round Magpul MOE AK/AKM PMAG. The guns aren’t available for sale in California or Massasschusetts. Other states have, of course, imposed magazine capacity restrictions. MSRP of this new take on a blend of old designs is $1,749.