A 13-year-old girl was targeted for kidnapping at a store in Hernando, Florida, on Tuesday, but thanks to the quick actions of the girl’s mother and an off-duty sheriff’s deputy, the girl is safe and the suspect is behind bars.

According to the Citrus County Sheriff’s Office, the girl was shopping with her mother at Dollar General when the suspect, Craig Bonello, 30, literally grabbed the young girl and attempted to drag her out of the store.

Witnesses heard the girl screaming throughout the entire store as her mother and Bonello essentially got caught up in a “tug-of-war” with her, the sheriff’s office says.

Bonello made his way to the front of the store while holding on to the girl, but eventually let go and ran out of the door. By this point, a witness, who heard the girl’s blood curdling screams, had already called 911, but initially no one was aware that an off-duty deputy was sitting in the parking lot. 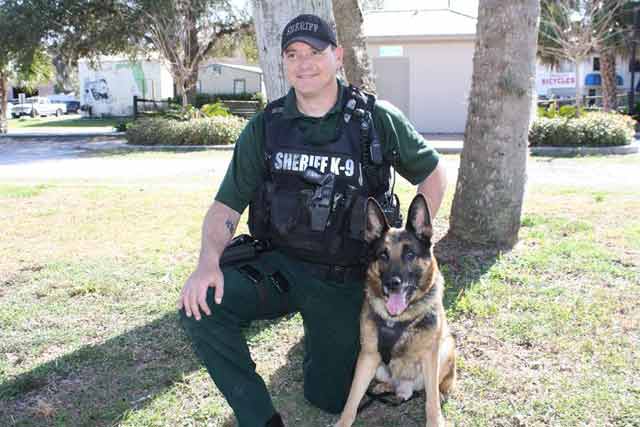 Citrus County Sheriff’s Deputy Jonathan Behnen was in court earlier that day and — driving his patrol car — decided to stop at the store for some supplies. Behnen was getting out of his car when Bonello dashed out of the door. As store’s manager chased Bonello out the store, he saw Behnen, whom he knew, and yelled for him to stop Bonello because he just tried to abduct a child.

Behnen immediately pulled his patrol car in front of Bonello’s car to block him in, then drew his service pistol and ordered the suspect out of the car. Bonello did not immediately comply with the officer’s demands, but was eventually taken into custody.

Bonello has a criminal history that includes mostly misdemeanors except for a 2009 felony charge for aggravated battery on a law enforcement officer. Authorities say Bonello is not registered as a sex offender and they are unsure what his intentions were with the young girl.

“This is obviously someone who needs to be behind bars,” said Cmrd. Buddy Grant, of the Citrus County Sheriff’s Office. “He won’t be getting out anytime soon to do this again.”

Sgt. Craig Callahan, of the Citrus County Sheriff’s Office, said he has never seen anything like this before in his career.

“He truly intended to abduct this child right in front of everyone in the store,” Callahan said of Bonello.

Authorities say, although shaken up over the incident, the girl and her mother were uninjured.