Then they came for the muzzleloaders: EU moves to regulate black powder guns due to terrorism (VIDEO) 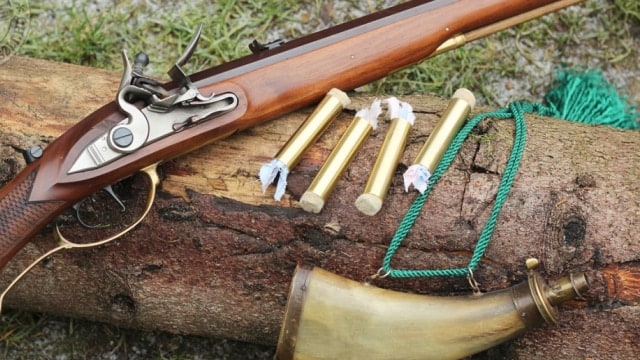 Besides further changes in magazine limits, requirements to join shooting clubs and restrictions on blank firing guns, some in the European Union want to lower the boom on replicas and black powder as well.

The Dutch Presidency, a 20 member assembly from the Netherlands that currently chair the EU ministerial councils, moved earlier this month to drastically change the alliance’s Firearms Directive in response to terrorist incidents in Europe including attacks in Paris and Brussels.

Among the changes would be to deactivate historical guns held in museums across Europe, ban the production of replica firearms to include reproductions of antique weapons, remove the entire class of Category D guns which includes most muzzleloaders, move single-shot long breechloaders with smoothbore barrels to a higher level of control, and other efforts.

The European Federation of Associations for Hunting and Conservation (FACE), the EUs most outspoken gun rights group, called the move draconian.

“Who will believe that the removal of the Category D and the prohibition of reproductions of antique firearms will effectively contribute to the fight against organized crime and terrorism?” reads a statement from the group. “No report highlighted that reproduction of antique  firearms constitute a danger for security and society. Criminals using Kalashnikovs and arms dealers who supply terrorists on the black market will not be affected by these new  constraints which exclusively hit honest citizens, legal owners of single-shot reproductions of antique firearms.”

“The Czech Republic is very likely to express its negative position at the meeting of the council [for justice and home affairs] on June 10,” Sobotka said.

Besides the Dutch, the changes are supported by Croatia, France, Italy, Portugal, Spain and Sweden.

The below video from Capandball, a Hungarian black powder shooter and Vlogger, talks about the folly of regulating smoke poles due to terrorists.