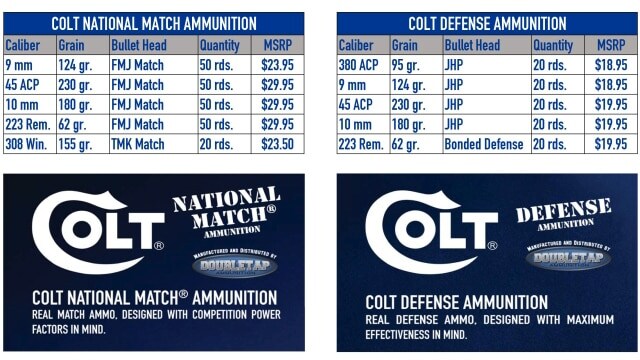 Product director for Colt, Justin Baldini, said DoubleTap developed the ammo from the ground up and it will be produced at DoubleTap’s facilities with the same equipment.

Explaining the thinking behind the new products, he said the match ammo was designed for a “competitive shooter who might not have the equipment or expertise to hand load their own match ammo.”

DoubleTap’s chief executive officer, Mike McNett, said the uniqueness of the new brand is how it functions with a Colt firearm.

“Throughout the development process, we continually checked fit, function, and ballistics in a range of Colt’s products to ensure maximum performance,” McNett said.