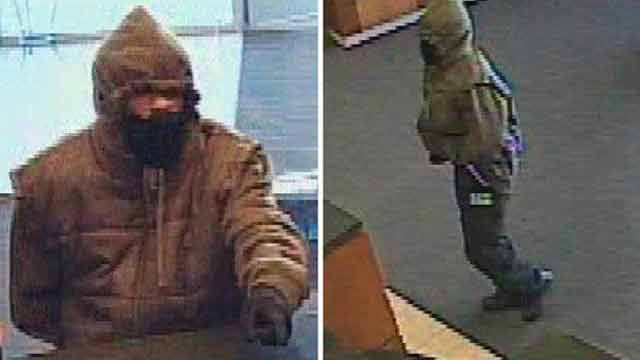 The way Andre Mosley was dressed when he entered the banks was a fairly good indication that he was up to no good. (Photo: Penn Live)

Andre Mosley, 48, pleaded guilty in a Harrisburg court Tuesday to more than a dozen bank robberies throughout central Pennsylvania, the Department of Justice said.

Mosley was charged with robbing by the use of force and intimidation after he held up 14 banks over a three-month period, according to court documents.

During a robbery, Mosley would enter the business wearing a coat with the hood pulled tightly around his face, walk up to the tellers and demand cash — in the form of $20, $50 and $100 bills — while keeping his hand inside the pocket of his coat, acting as if he was armed with a gun. In fact, Mosley threatened to shoot the tellers if they did not comply with his demands.

However, Mosley, who made off with more than $52,000 altogether, was never even armed with a weapon and was faking it the entire time.

The financial institutions Mosley hit during his robbery spree – located in Dauphin, Cumberland, Franklin and York Counties – as well as the losses and dates, are as follows:

An indictment also lists the Mid-Penn Bank in Harrisburg as being robbed a second time on Jan. 8, 2015, but the amount of loss was not listed.

If convicted, Mosley could face up to 20 years in federal prison, followed by a supervised release, as well as a fine. He has already been ordered to pay $52,295 in restitution.