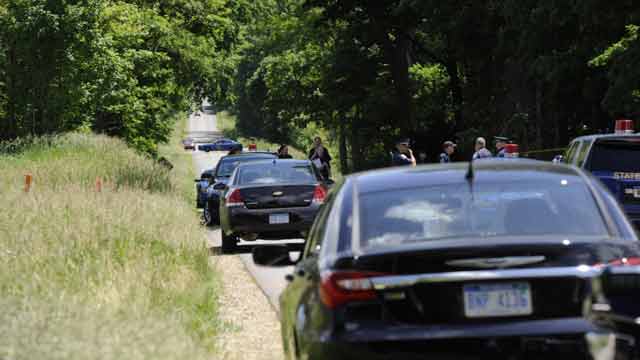 Authorities say a double shooting early Wednesday morning occurred after two teens tried to break into a Springport Township, Michigan, home and were met by the armed homeowner.

A call was placed to the police department just before 7 a.m. and when officers arrived on the scene, they found the two teen boys deceased in a field close to the home, located in a rural area of northwest Jackson County.

Springport Police Chief Dave Luce told a local NBC affiliate the initial investigation indicated the suspects were breaking into the house when the suspects and the homeowner became engaged in a confrontation that Luce said “turned deadly.”

The police chief also said a third person was involved in the attempted break-in and taken into custody. It’s unknown if that individual remains in custody or has been charged.

The homeowner was detained for questioning immediately after the shooting, but has since been released. No charges have been filed against him.

Following notification of next of kin, the deceased suspects were publicly identified as Matthew Lyle McMillen and Hunter Scott Lentz, both of Jackson County and both 18 years old.

Area residents were shocked to hear about the shooting, but also noted this wasn’t the first break-in either. In fact, one neighbor told reporters there had been several break-ins over the past few months. Luce said they aren’t sure if the suspects may have been responsible for any prior burglaries, but that’s something they will look at during the investigation.

Resident Walter Dittis, whose way home Wednesday morning was blocked by the State Crime Lab, said Springport is typically a quiet place, one where neighbors look out for one another. When he learned about the break-in and subsequent shooting, he said, “It’s crazy.”

The investigation, in which the Jackson County Sheriff’s Department and Michigan State Police are assisting, is ongoing. Once the investigation is completed, Chief Luce said the case will be forwarded to the prosecutor’s pffice to determine whether any charges will be filed.