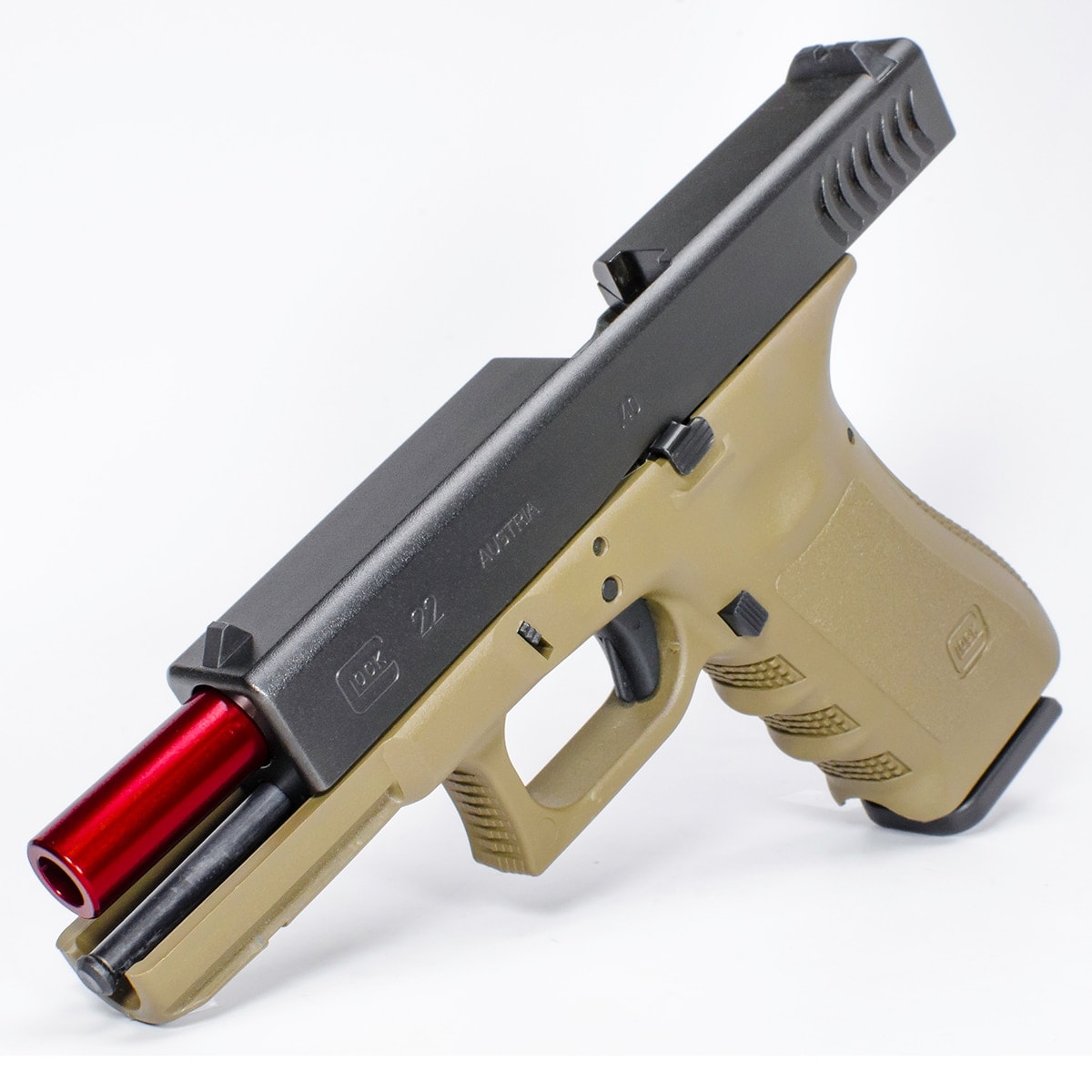 Glock geeks looking to elevate their dry fire training will now have one more option in the Glock 17/22 barrel by LaserLyte.

The new barrel announced this week is positioned as the world’s first laser training barrel for Glock 17 and 22 handguns. The red laser barrel replaces the standard Glock barrel during dry fire practice. This drop-in eliminates the risk of negligent discharge associated with an uncleared barrel.

“LaserLyte decided to pursue a laser trainer barrel because our mission is to heighten the experience of shooting, and what better way to do that, than to give shooters a way to practice more in between range sessions!” he told Guns.com in an email.

“Frequent laser training has been proven to improve live-fire shooting skills—from the fundamentals of trigger control and acquiring a sight picture, up to drawing from concealment or neutralizing targets from inferior shooting positions,” Gibson said.

LaserLyte’s barrel is 4.48-inches and does not accept any live ammunition. Tinted red to act as a visual cue to onlookers that the pistol is inert and unable to fire actual rounds, LaserLyte opted to include a built-in snap cap to protect Glock’s firing pin from possible damage incurred during dry fire. Installation is simple and doesn’t require any additional tools.

“Anyone who can field strip a Glock can install laser trainer replacement barrels and start laser training,” Gibson said.

Dry fire is not only a good way to train when budgets are tight or ammo is low but it also positively impacts range time and live fire drills. The addition of a laser into dry fire has the added benefit of shot placement.

In traditional dry fire, the focus is often on trigger breaks, sight alignment and grooming out bad habits such as anticipating the shot. The advantage of a laser is that shooters can visually see where their shots are landing. The ability to see shot placement means shooters and those they train receive immediate feedback on where their theoretical bullets are flying. This feedback can be used to adjust and fine tune shooting skills so actual range time is more effective.

Also, the exercise adds value to real-life training giving shooters more leeway to practice skills such as drawing from concealment or shooting from non-standard positions that some ranges disallow.

In the past, laser dry fire practitioners have been limited to either the SIRT pistol or laser ammo cartridges. While both are valid forms of laser training, the new Glock barrel gives consumers the chance to practice with their own guns in an overtly safe manner. Hands-on practice with an actual firearm results in better familiarity of that particular gun and a more realistic approach to training.

Covered under LaserLyte’s three-year warranty, the barrel retails for $159.95 and is available from LaserLyte’s website.