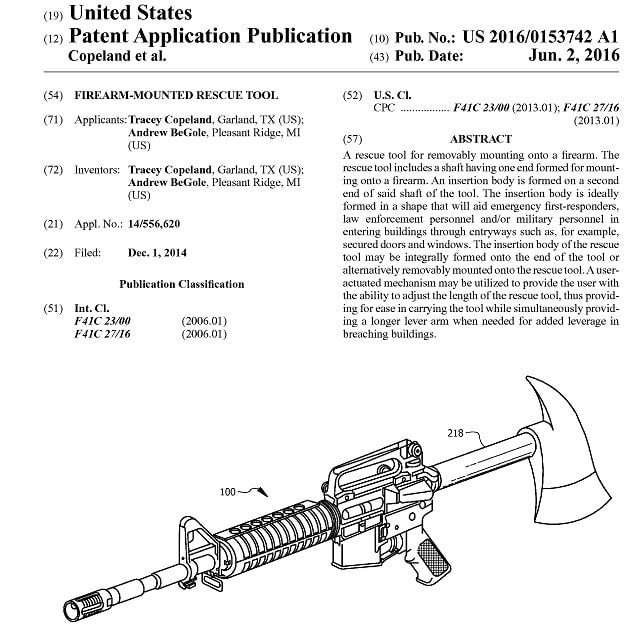 This Firearm-Mounted Rescue Tool could be appearing on the market very soon. (Photo: USPTO)

The U.S. Patent Office just released a patent for what has to be the most righteous AR-15 aftermarket accessory ever imagined.

Tracey Copeland of Garland, Texas and Andrew BeGole of Pleasant Ridge, Michigan filed their joint application for a “Firearm-Mounted Rescue Tool” in Dec. 2014 and the USPTO issued the intrepid do-gooders Patent# US20160153742 earlier this month.

And while the most striking image is “America’s Rifle” with a stock that ends in a fireman’s axe, that’s just the eye-catcher to the whole concept of attaching a tool to the rifle.

“The insertion body is ideally formed in a shape that will aid emergency first-responders, law enforcement personnel and/or military personnel in entering buildings through entryways such as, for example, secured doors and windows,” reads the abstract in full-on understatement.

And it doesn’t just exist on paper. There are some prototypes floating around in the inventors’ hands. 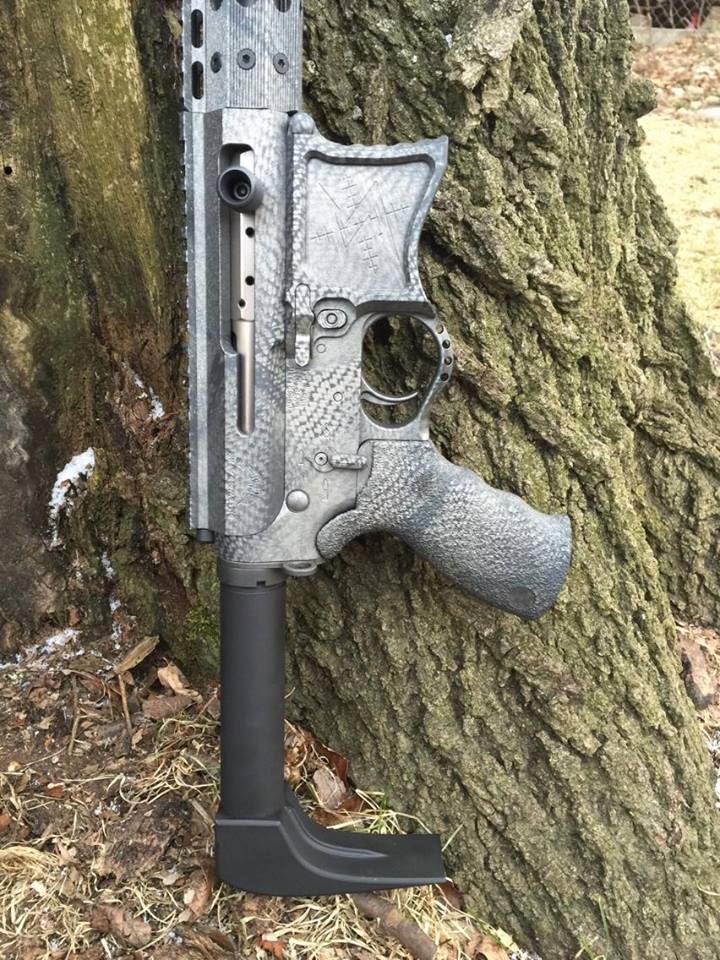 The insert takes the place of a standard AR-style buttstock and can be fitted with all sorts of goodies from wrenches to a halligan-type entry pry, rescue axes and more. 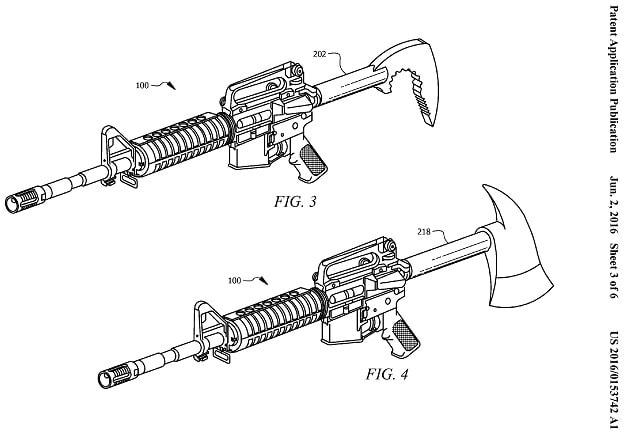 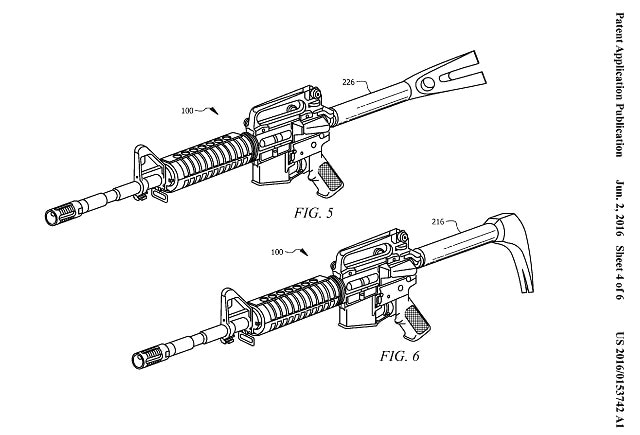 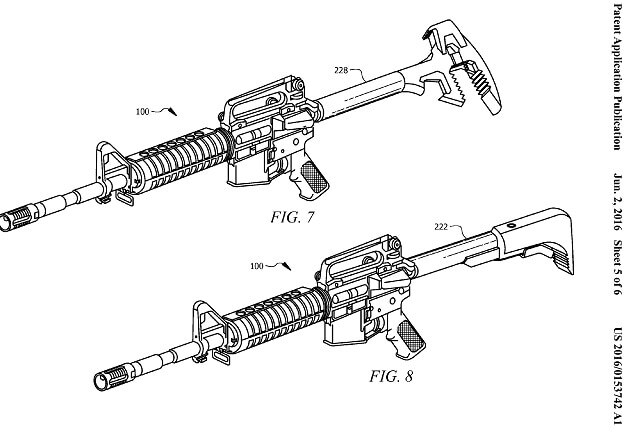 For more information, Guns.com tracked down Copeland and spoke to him about the design, which sprang in concept from the mind of his business partner, BeGole, and was fleshed out by the Texas  CAD/3-D printing expert.

“We both had friends that are special forces, friends that are SWAT, friends that are firefighters, and we were just thinking: What if we could put some kind of breaching tool, some sort of halligan tool, on the back of an AR,” Copeland said. “That’s just kind of the idea behind it was to see if that’s even feasible.”

Then came a nearly two-year long process of design and prototyping, trial and error, then filing the patent after researching to verify that the concept wasn’t already out there.

While both Copeland and BeGole have FFLs, the two aren’t marketing the invention just yet and have other even more interesting ideas in the works.

All we have to say is, give us an MSRP and a link and we are there. 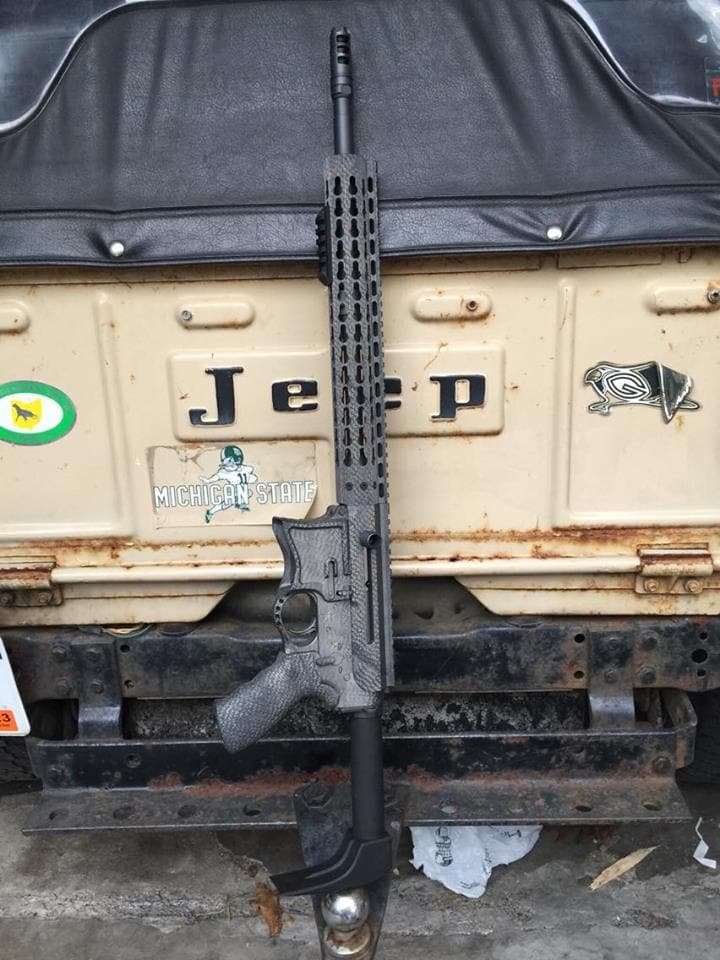