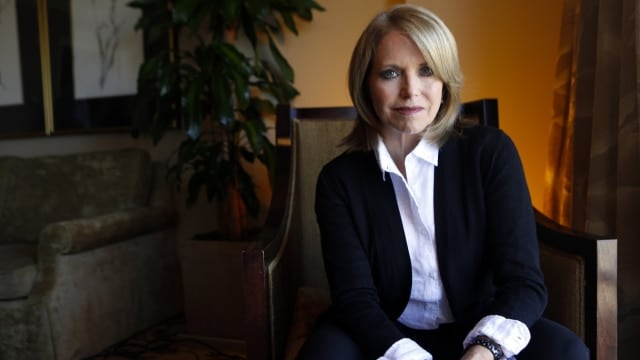 Though Yahoo News is standing by Couric, calls for investigation into the her latest film’s gun deals are mounting while past documentaries are coming under fire. (Photo: The Los Angeles Times)

The Second Amendment Foundation is joining other groups in asking that the Bureau of Alcohol Tobacco, Firearms, and Explosives take a closer look at weapon deals made during the filming of “Under the Gun.”

The film, starring news personality Katie Couric and directed by Stephanie Soechtig, has been the subject of scorn over editing practices that had led a some to slam the documentary and even call for Couric to be removed from her current position with Yahoo News despite a statement from the star regretting the edit.

Last week the National Shooting Sports Foundation, the trade organization for the firearms industry, called upon the ATF to open a criminal investigation following scrutiny of an interview Soechtig made prior to the film’s release that may point to interstate handgun purchases and even straw buys in violation of federal gun laws.

While Soechtig issued a statement walking back her earlier remarks and making the case that the transfers were legal, not all are convinced.

“There can only be two explanations for this,” SAF Executive Vice President Alan Gottlieb said in a statement emailed to Guns.com calling for further investigation. “Either federal gun laws were violated, or Soechtig made the whole thing up. If the latter is true, then her credibility just went out the window, taking Couric’s along with it. If the former is true, and the unidentified producer actually did buy the guns, and if he was sent to do that – as Soechtig’s remarks imply – then that’s possible evidence of a criminal conspiracy, or at the very least being an accessory.”

Meanwhile, Dr. David Allison, the associate dean of science at the University of Alabama and the director of the Nutrition Obesity Research Center, has come forward with allegations that another Couric and Soechtig documentary, “Fed Up,” for which he was interviewed for in 2014, was deceptively edited in the same way that “Under the Gun” was.

Yahoo continues to stand by Couric, with a spokesperson telling Variety, “Yahoo was not involved in the creation and production of the independent documentaries, ‘Under the Gun’ and ‘Fed Up,'”, and “We’re confident in the work of the Yahoo News team, which adheres to the highest standards of journalism.”