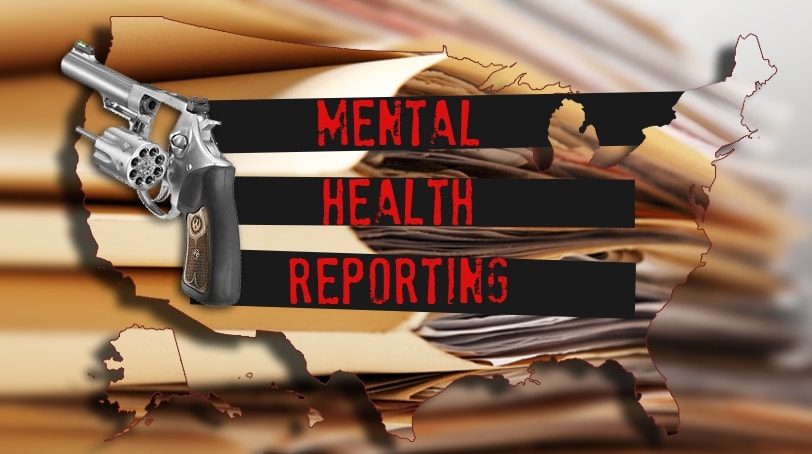 The tragic and fatal mass shooting at an elementary school in Newtown, Connecticut, some three and a half years ago thrust the issue of mental illness to the forefront of Americans’ collective consciousness.

Since then, there have been several high-profile killings where the shooter’s mental state was at issue or questioned. Gun control group Everytown for Gun Safety on Friday released its analysis of the latest FBI data and found that states are continuing to improve their reporting of mental health records to the federal background check system.

Interactive: See how many records your state submits

Through a Freedom of Information Act request, the group learned that between December 2012 and December 2015, states submitted more than 2.3 million records of prohibited mentally ill individuals to the National Instant Criminal Background Check System, or NICS, with an additional 400,000 submitted after the records request was made, the group said.

Everytown also found that just four states – Alaska, Montana, New Hampshire and Wyoming – have less than 100 records, down from the 19 states that were previously underreporting.

“This is further evidence that states are finding ways to strengthen their background check systems and keep guns out of dangerous hands,” said Everytown Research Director Ted Alcorn in a statement. “But even as legislators and governors in most states are coming together to make their communities safer, four states continue to lag considerably behind, leaving fatal gaps in the background check system that put all Americans at risk.”

Mayors Against Illegal Guns, which now flies under the Everytown banner at the direction of former New York Mayor Michael Bloomberg, has been tracking these so-called “fatal gaps” since 2011.

The group says the purpose of tracking the data is to keep guns out of the hands of dangerous people with violent tendencies. Those who have a reported mental illness will now be prohibited from buying a gun when a federally-licensed gun dealer runs a background check and is met with that red flag.

The system is improving, but it’s far from perfect. With almost 74,000 mental health prohibited records submitted to the federal background check database, South Carolina is one one of the best performing states, according to Everytown, but that didn’t stop a lone gunman from passing a background check, purchasing a firearm and shooting up a black church in Charleston, South Carolina, on June 17, 2015. It’s what has come to be known as the “Charleston Loophole” – a clerical mishap – that allowed this shooter to slip through the cracks.

It’s unclear whether mental health was an issue when a 38-year-old graduate student shot and killed his professor, William Klug, and himself in the faculty member’s office on the University of California’s Los Angeles campus last week. Authorities are also investigating a fatal shooting in Minnesota – the victim believed to be the UCLA shooter’s estranged wife – but investigators have not announced whether they yet know if the two incidents are related.

The Los Angeles Police Department told Guns.com on Thursday the investigation is still ongoing and would not comment on the shooter’s mental state, though it’s been widely reported that he was under stress from unsatisfactory grades.

It’s not always mental illness itself, but other factors that often trigger violence in a person with a psychological condition, according to one 2009 study.

And another, more recent study found the media was reporting more on instances of mental illness where violence against others was a factor. The Johns Hopkins study, released this week, found that people afflicted with mental illness actually hurt themselves more often than they do others.

The media’s reportage perpetuates a misunderstanding among the public that mental illness itself is a trigger for violence, according to the researchers.

Everytown has counted a total of 186 shootings specifically on school campuses since the deadly Sandy Hook shooting that claimed the lives of 20 children and six adults in December 2012.

Gun rights advocates have, of course, called into question that study’s methodology.

The National Shooting Sports Foundation says it has also been trying to mend the broken background check system. In the wake of the Sandy Hook shooting, the NSSF launched “FixNICS” to help encourage states to submit their prohibited buyer records, making sure to draw a distinct line between it and the gun control group’s efforts.

“Over the past three years NSSF has been instrumental in the passage of FixNICS legislation in 16 states across the count‎ry. The last thing the firearms industry wants is for a prohibited person to gain access to a firearm. We recognized the need for states to input the appropriate records into NICS and decided to do something about it,” said Jake McGuigan, NSSF’s
director of state affairs, in an email to Guns.com. “While Everytown issues press releases and glossy reports, NSSF invests time, money, resources and in-state consultants to accomplish our FixNICS victories.”