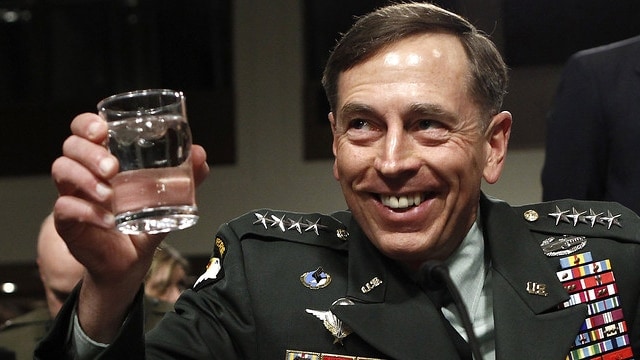 The stated goals of the new group are to urge “elected leaders to enact responsible change that respects the Second Amendment rights of law-abiding Americans, helps keep guns out of the wrong hands, and saves lives.”

Giffords and Kelly announced the national organization at a press conference Friday in Washington, D.C.

While similar state-focused gun control coalitions have been founded by the duo in New Hampshire last December, Oregon and Minnesota in February, and Delaware and Virginia in March – all sharing the same “common sense” moniker – the latest will be national and veteran-centric.

“As service members, each of us swore an oath to protect our Constitution and the homeland. Now we’re asking our leaders to do more to protect our rights and save lives,” Kelly said in a statement.

The group will be based on what Kelly contends is the 120,000-member strong Veterans for Responsible Solutions formed by he and retired Navy Rear Adm. James A. Barnett in 2013 following the Washington Navy Yard shooting. Its board will include a group of former military leaders with a small constellation of stars on their shoulders.

The ground commanders of the nation’s recent modern wars in Kosovo, Iraq and Afghanistan: Generals Wesley Clark, David Petraeus and Stanley McChrystal, are all inaugural members.

The highest-ranking Marine in the new group is Brig. Gen. Stephen Cheney, who retired as the commander of MCRD Parris Island in 2001. For his part, Cheney mentioned veteran suicide as a reason for his work with Kelly and the other leaders.

“Each year, approximately 6,000 of our fellow veterans take their own life, and two-thirds of those veterans who choose to end their life do so with a gun,” said Cheney. “We know that this gun violence crisis has many causes, and therefore, that there is no single solution. But I’m joining this effort because I know that we can do better.”