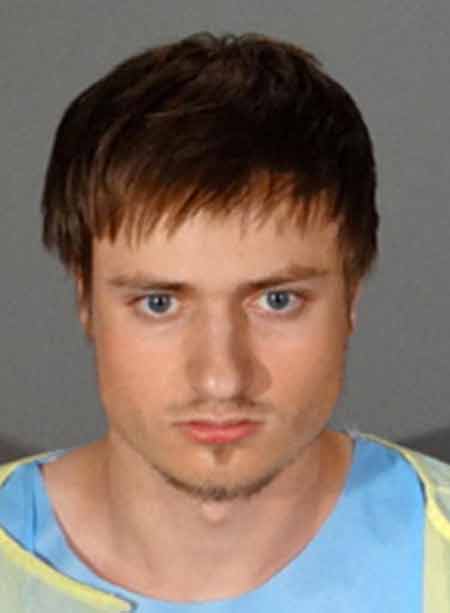 A 20-year-old man was arrested Sunday morning in Santa Monica after authorities found him on his way to a gay pride parade with guns, ammo and a bucket of chemicals that authorities said could be used to make explosives.

Police received a call from a concerned citizen just before 5 a.m. The caller stated that there was a suspicious person knocking on the door and window and a car parked the wrong way on the street outside.

When officers arrived on the scene, they found James Wesley Howell, 20, of Jeffersonville, Indiana, sitting in a white Acura sedan outside of the caller’s home. In the passenger’s seat was an AR, according to details released by Santa Monica Police Department.

The Los Angeles County Sheriff’s Department’s Bomb Squad was called in to help handle the bucket of chemicals and ensure there was no threat to the area. All of the items were recovered without further incident and Howell as arrested.

When questioned, Howell told the officers he was headed to the annual gay pride event in West Hollywood, which was located about seven miles from where Howell was found and typically draws hundred of thousands of people, the Associated Press reported.

Howell’s arrest came just hours after a man opened fire inside a gay nightclub in Orlando, killing 50 and leaving another 53 wounded. However, authorities did not indicate whether they believed Howell, whose friend said he had been missing for several days, was intent on doing harm at the event or answer any other questions surrounding his arrest.

Nonetheless, the event continued as scheduled. “We are here as Angelenos, as the LGBT community and allies,” said Los Angeles Mayor Eric Garcetti as he announced Howell’s arrest. “And we will not shrink away, we will not be stuck in our homes, we will not go back into our closets. We’re here to march, to celebrate and to mourn.”

Records show Howell was previously charged with intimidation by pointing a firearm, but the one-year prison sentence was exchanged for probation, which strictly prohibited him from possessing weapons.

The investigation, in which the Federal Bureau of Investigation is assisting, is ongoing.