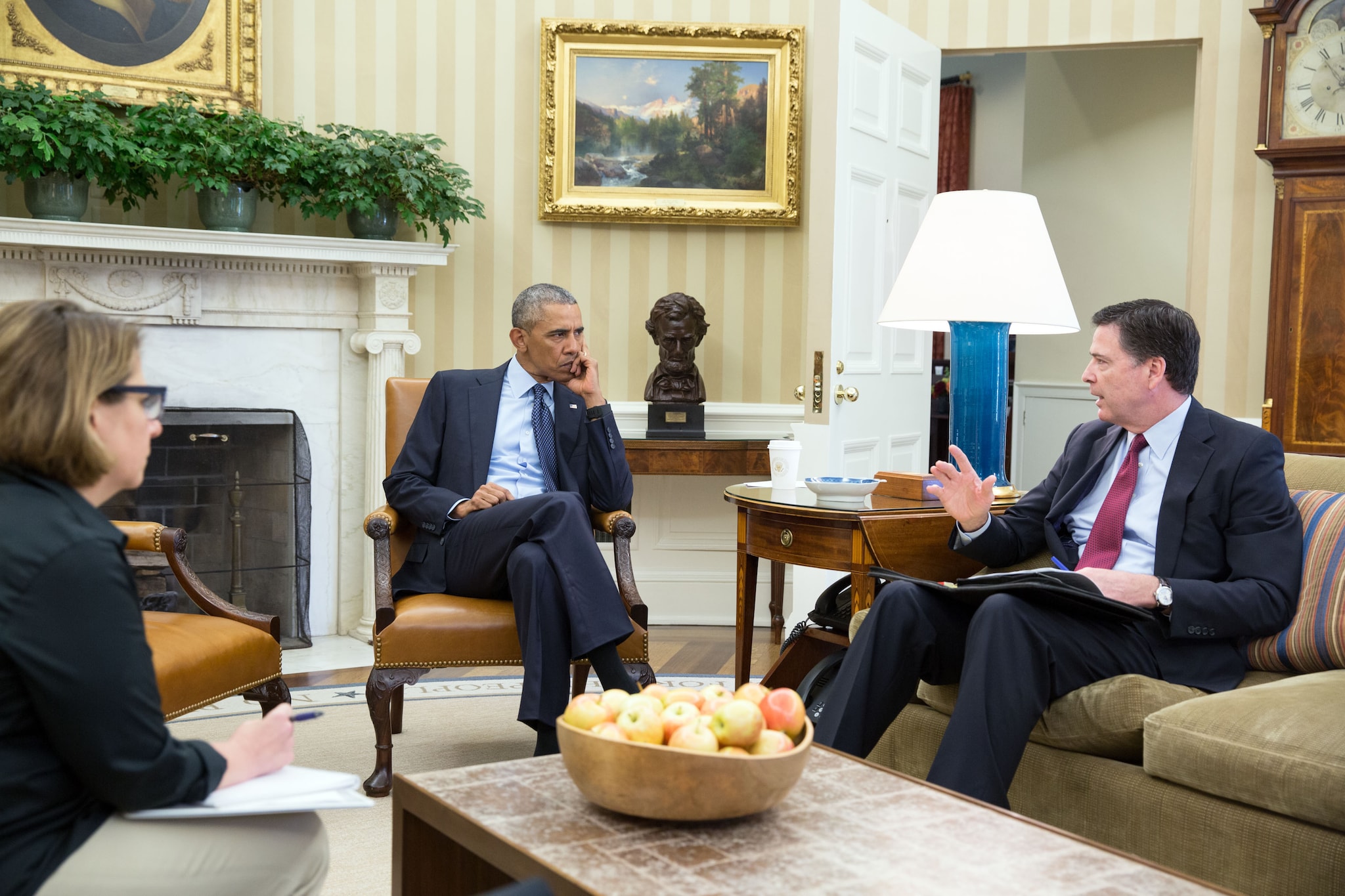 Following a national security briefing with his top advisors Monday, President Obama said the country’s deadliest mass shooting in Orlando on Sunday was being treated as a terrorist investigation.

“The fact that it took place at a club frequented by the LGBT community, I think, is also relevant,” Obama told reporters in the White House. “We’re still looking at all the motivations of the killer, but it’s a reminder that regardless of race, religion, faith or sexual orientation, we’re all Americans and we need to be looking after each other and protecting each other at all times in the face of this kind of terrible act.”

Obama said he would defer to FBI Director James Comey on many points of the investigation, which is still in the preliminary stages.

“It appears that the shooter was inspired by various extremist information that was disseminated over the Internet,” Obama said. “All those materials are currently being searched, exploited, so we will have a better sense of the pathway that the killer took in making a decision to launch this attack.”

Obama said there was no clear evidence that the 29-year-old shooter had been directed by an external organization, though at one point he did call 911 and pledged allegiance to the Islamic State, also known as ISIS or ISIL.

“In that sense, it appears to be similar to what we saw in San Bernardino, but we don’t yet know and this is part of what is going to be important in terms of the investigation.”

The president went on to say the shooting was a case of “homegrown extremism” and that the shooter – an American citizen born in New York – was able to obtain his weapons of choice legally because he didn’t have a criminal record that would have prohibited him from buying them.

“It appears that one of those weapons, he was able to just carry out of the store – an assault rifle, a handgun, a Glock, which had a lot of clips in it,” Obama said. “He was apparently required to wait three days under Florida law. But it does indicate the degree to which it was not difficult for him to obtain these kinds of weapons.”

Obama incorrectly called magazines “clips” and used the term “assault rifle,” which actually refers to a fully-automatic rifle. The rifle the shooter used was semi-automatic, which requires a trigger pull for the firing of each round.

The president said the Orlando shooter had been investigated by the FBI before Sunday’s shooting, but a red flag had not been raised because it was not deemed a prohibiting offense.

“There had been some investigation of him in the past that was triggered, but … the FBI followed the procedures that they were supposed to and did a proper job,” Obama said.

Comey spoke later in a press briefing with Deputy Attorney General Sally Yates, saying is was unclear which terrorist group the shooter had aspired to support. While in the club, the shooter called 911 and said he was committing the shooting for the leader of ISIL – who Comey said he named – at about 2:30 a.m. Sunday.

The gunman also claimed his solidarity for the Boston Marathon bombers and with a Florida man who died as a suicide bomber in Syria for Al-Nusra Front, a group in conflict with the Islamic State. Because neither of those individuals pledged fealty to ISIL, investigators are confused by his motives. It’s also why the investigation of the shooter prior to the Orlando shooting yielded little because it involved him making terrorist threats and pledging his support of competing radical groups.

“He said he hoped that law enforcement would raid his apartment and assault his wife and child so he could martyr himself,” Comey said.

The FBI’s Miami office opened a preliminary investigation after learning about the remarks and spent the next 10 months trying to determine if he was a terrorist.

“Our investigation involved introducing confidential sources to him, recording conversations with him, following him, reviewing transactional records with his communications and searching all government holdings for any possible connections, any possible derogatory information.”

“We are looking for needles in a nationwide haystack, but we’re also called upon to figure out which pieces of hay might someday become needles,” Comey said.