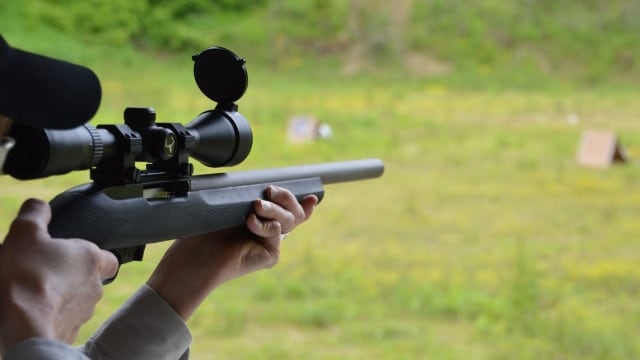 New Hampshire, home to local Ruger and Sig Sauer factories, is the latest in the country to adopt regulations allowing hunters to use suppressors in taking game (Photo: Chris Eger/Guns.com)

Last week Gov. Maggie Hassan signed a measure into law to allow hunters in New Hampshire to take game with a legal suppressor.

The proposal, the H.500, The Hunters Hearing Protection Act, repeals the current prohibition on the use of silencing devices for taking wildlife in the Granite State. Introduced in the House last year, the measure earned a bipartisan 184-124 vote from lawmakers in that body before passing the Senate 38-0 in March.

Hassan, a Democrat with a record of rejecting gun reform measures in the state and who is running against Republican U.S. Sen. Kelly Ayotte for a seat in Congress, signed the virtually veto-proof bill without comment Saturday.

Framers argue the law was needed to help promote safety.

“The main reason I put HB 500 in was to protect hunters hearing,” State Rep. John Burt, R-Goffstown, sponsor of the legislation, told Guns.com previously. “There are several good side effects that have been brought up from others that support HB 500. Reduces gunshot noise for the homes nearby, reduces the high pitch noise which causes hear loss and many others benefits.”

The National Rifle Association and the American Suppressor Association backed the measure.

“By signing HB 500 into law, Governor Hassan has helped make hunting a safer activity for the citizens of New Hampshire,” ASA President Knox Williams told Guns.com in a statement. “We applaud her, the 184 members of the House of Representatives, and the entire Senate for doing their part to make sure that hunters will no longer have to choose between hunting and preserving their hearing.”

Williams explained it was a three-year team effort between gun rights groups, lawmakers, and local firearms companies in the state who are currently big players in the suppressor game who worked to enact the legislation.

“It would not have been possible without all of the hard work from Representatives Burt and Goley, Brent Miller from the Congressional Sportsmen’s Foundation, Representative Frank Guinta, Governor Hassan, in-state manufacturers Sig Sauer and Ruger, and our members,” Williams said.

New Hampshire is the 40th state to approve suppressor use for hunting.