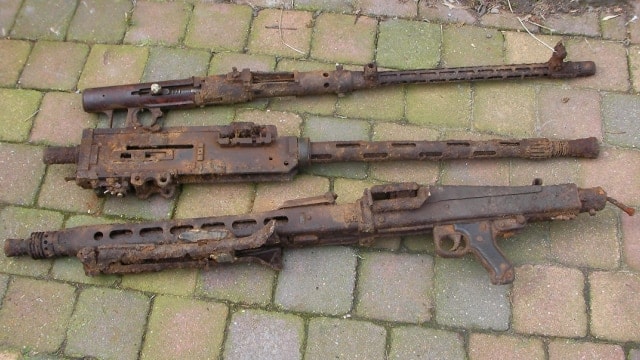 That’s 50 pounds of scrap metal with a lot of history. (Photos: Imgur)

Nijmegen of course, was the scene of Operation Market Garden in late 1944 that saw Allied airborne forces take on the Germans in what was to be a bloody campaign.

As chronicled by Imgur user BlueskydragonFX, he was poking around and got lucky. Like 2x lucky.

What could this have been? we started digging and around 30 cm digging it started to show something rusty in all kinds weird shapes. I knew it was a weapon. Maybe a aircraft weapon since it was a airbase and we were digging near one of the taxi lanes. centimeter by centimeter I carefully removed dirt and roots. saw leather getting visible. Then I knew it. This must be a mg42. And yes it was one, in a super condition as well. but to my surprise there was another gun laying next to it. When I got that one out I saw it was a beautiful preserved mg15. It’s inner works still showing shiny blueish metal. Me and my partner were so happy that day. WOW find of a life time. 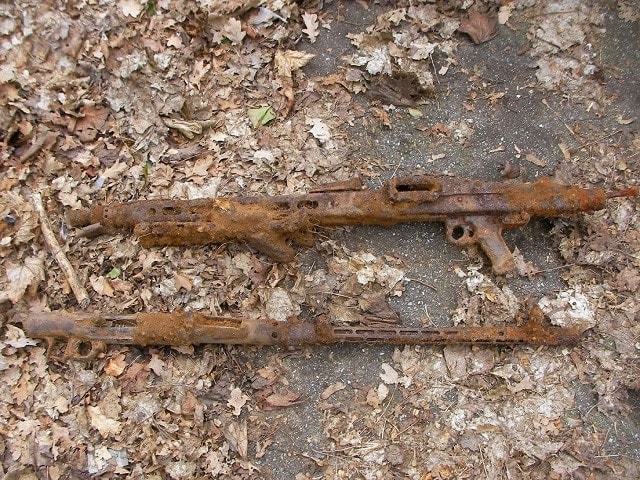 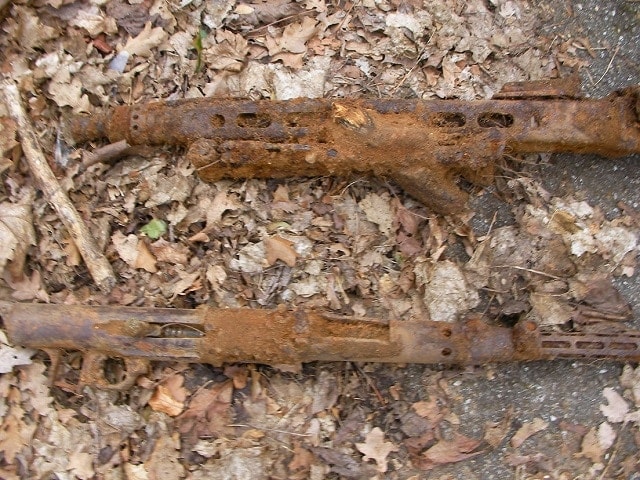 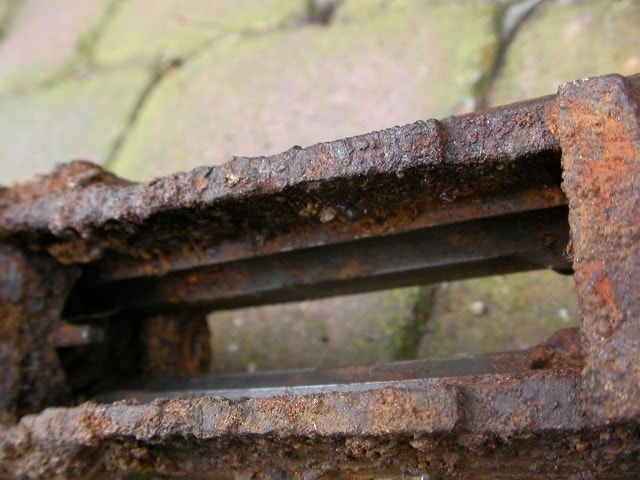 A little Ballistol aught to fix that right up

Then the next day,

We found another mg42 and again it had an other machine gun laying next to it. It was a Browning but not your standard .30 cal. This was a Browning made to fire .303 British, designed for the British Bomber turrets like the Lancaster/Halifax Bomber or for attack fighters like the Hurricane. 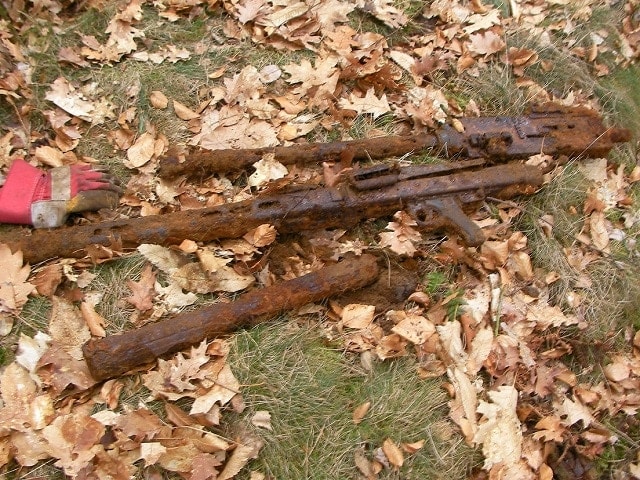 Then came the cleaning

I used electrolysis to clean the machine guns. When they came out they still had rust inside of the inner parts like screws and such so I grabbed WD40, a rubber hammer and a heating torch and started to loosen up the screws by expanding the metal around the screws with heat and then spraying the screws with WD40. The lose parts went back into the bucket for another round of electrolysis treatment and then came out brand new. 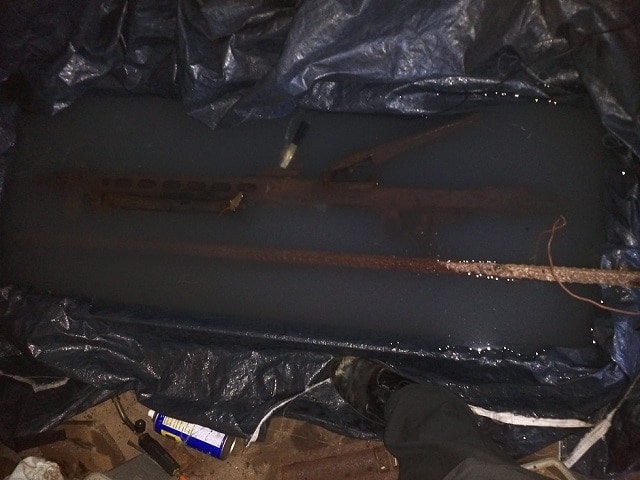 In the end the guns didn’t look half bad and would make a great addition to a museum or a man cave. 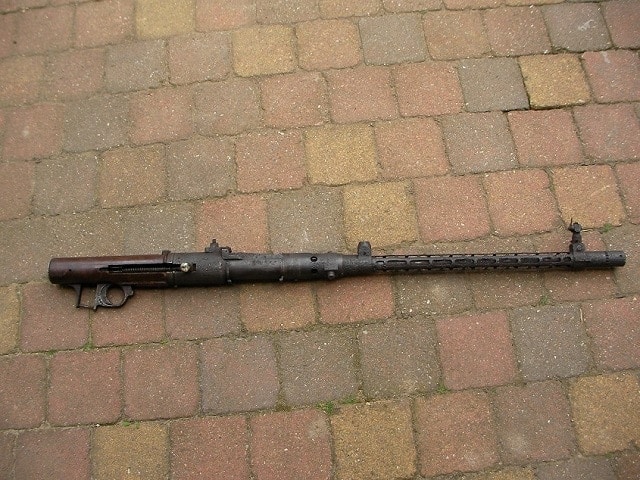 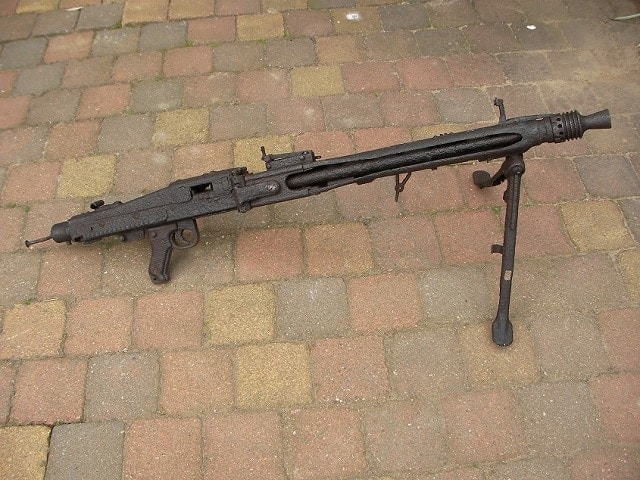 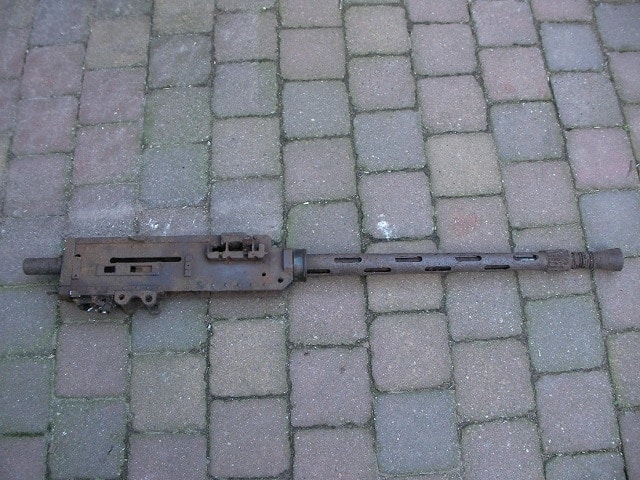