Orlando mayor: We will be defined by how we respond, how we treat others 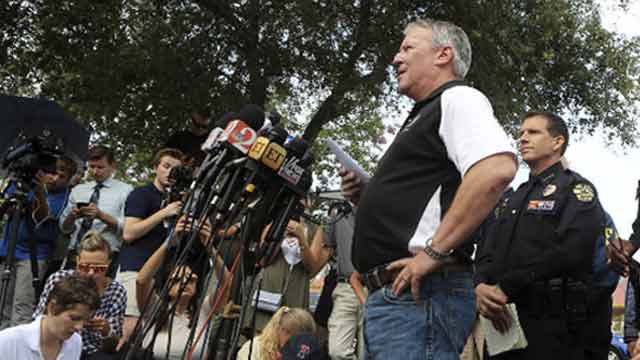 In the midst of the aftermath of what was called “the most horrific day in the history of the city of Orlando,” Mayor Buddy Dyer said the shooting will not define the city.

Forty-nine victims lost their lives, while an additional 53 were injured when a gunman stormed The Pulse nightclub just after 2 a.m. Sunday and opened fire on unsuspecting patrons as they danced, drank and enjoyed the company of friends right before closing time. Frightened patrons and club employees alike tried to flee from the gunfire, with many hiding in the bathrooms, only to have the gunman later find them.

After a three-hour standoff, officers entered the club and a gun battle ensued with the suspect, who was shot and killed. Authorities worked to get medical treatment for the injured, as the body count began to rise.

The community and the country came together, helping the Orlando victims in every way possible, whether tending to wounded victims, donating blood or providing food and water to those on the scene.

“I stand here today even more proud of our community because they came together, united to support the families and friends of the victims,” Mayor Dyer said in a statement Monday.

Dyer called the acts of the Orlando Police Department and other responding law enforcement “heroic.” In addition to the officers, Dyer also noted the citizens of the city who came together to help one another and the medical personnel who saved many lives that morning.

Dyer went on to commend the Federal Bureau of Investigation for their efforts in clearing the scene, which was accomplished by 11 p.m., and the Florida Department of Law Enforcement for their work in notifying the deceased victims’ next of kin.

Dyer concluded that grief and the negativity of the situation should not mark the city.

“We will not be defined by the act of a cowardly hater,” Dyer said in reference to the gunman. “We will be defined by how we respond, how we treat each other.”