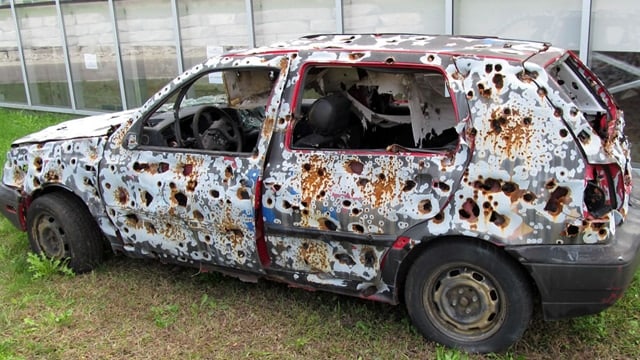 An example of a bullet-ridden vehicle, according to Google.

A federal judge sentenced a Bakersfield man to three years and 10 months in prison for being a felon in possession of guns and ammo, the Justice Department said Monday.

Last April, authorities investigating a shooting near an elementary school found a bullet-ridden vehicle at the home of Bryson LaPaul Blair, 30, of Bakersfield. The vehicle matched the description of one involved in the shooting.

According to court documents, Blair’s attorney argued he was the victim of a drive-by shooting and described Blair as getting his life back on track with a job as a licensed crane operator and three children. At least seven people wrote letters on his behalf.

Blair was previously convicted in Kern County of second degree robbery and was prohibited from possessing firearms and ammunition.