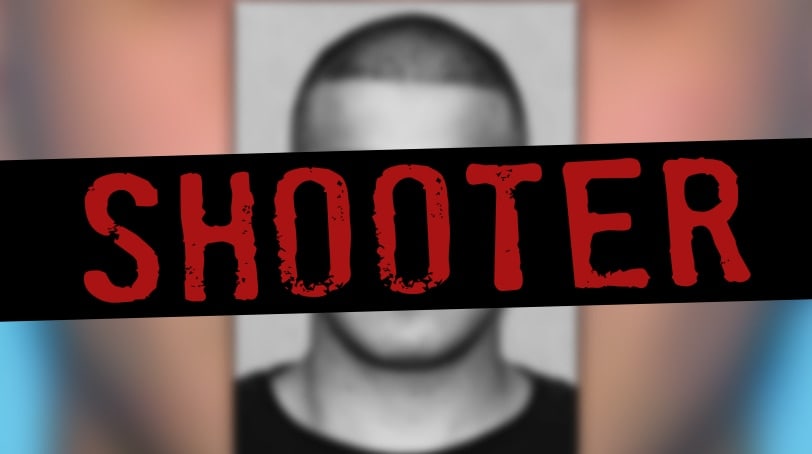 In the name of ethics, and out of respect for the victims and their families, we won’t use the name or unobscured image of the Orlando shooter. (Image: Jared Morgan / Guns.com)

Who was the gunman?

The shooter has a name and a face, but this article uses neither. He was a 29-year-old American citizen living in Fort Pierce, Florida. His ex-wife said he was abusive. He remarried with a child. He was born in New York City to parents who immigrated from Afghanistan.

Yes. Under state law, a person permitted to carry a firearm is not authorized to open or conceal carry a gun in an establishment licensed to serve and devoted to alcohol.

Was there security (or “a good guy with a gun”)?

Yes. The Orlando Police Department said one of its police officers, who was moonlighting at the club, engaged the gunman in an exchange of gunfire shortly after the gunman entered at 2 a.m. But the gunman pushed deeper into the club and the incident escalated into a hostage situation.

What was the gunman’s motive?

Since the gunman is dead, we’ll never really know what exactly motivated him to murder dozens of people in cold blood. The FBI has been tasked with the official investigation and will, at some point, release details about what transpired that will help the public sculpt a pointed conclusion.

Was the gunman gay?

According to details released in news reports, the gunman was conflicted in his views of homosexuality. Details were first mentioned when his father told reporters that his son was angry at the sight of two men kissing. However, details about the gunman’s past seem to describe a sexually confused individual torn between a secret desire and deep-seated homophobic beliefs.

At least four regular customers at Pulse said they had seen the gunman on several occasions. He was often seen drinking alone or acting belligerent. Others have come forward who had corresponded with him on a gay dating app. They were able to identify him by images posted on his profile.

Was the gunman a terrorist?

Federal investigators are looking at the incident as terrorism, a descriptive term used deliberately by senior officials in public statements. However, whether or not the gunman had ties to terror groups is a question not yet answered.

During the standoff, the gunman pledged allegiance to the Islamic State while on the phone with a 911 operator and had committed himself to the terror group’s leader by name. However, an investigation has revealed several avenues that seem to lead in insignificant directions, according to details shared by FBI Director James Comey during a press conference Monday.

The gunman also claimed his solidarity with the Boston Marathon bombers and with a Florida man who died as a suicide bomber in Syria for Al-Nusra Front, a group in conflict with the Islamic State. Because neither of those individuals pledged fealty to ISIL, investigators are confused by his motives. It’s also why the investigation of the shooter prior to the Orlando shooting yielded little because it involved him making terrorist threats and pledging his support of competing radical groups.

The FBI’s Miami office opened a preliminary investigation after learning about the remarks and spent the next 10 months trying to determine if he was a terrorist. Through the use of confidential informants, recorded conversations and reviewing transactional records with his communications, investigators were unable to tie the gunman to terror groups.

What kind of guns did he use?

The ATF confirmed the gunman used an AR-type semi-automatic rifle chambered in .223 and a semi-auto handgun chambered in 9mm, but the agency did not list specific makes and models because the investigation is ongoing.

However, a gun dealer who said he sold the gunman his weapons said the shooter bought a Sig Sauer MCX carbine and a Glock pistol. A semantic argument has surfaced about whether or not the MCX is an AR, but they differ only by subtleties.

The MCX has a similar aesthetic design, features and uses the same accessories as an AR. The major difference being Sig built an MCX “from the ground up” for the .300 BLK — a larger round designed for suppressor use — and the carbine can be easily converted to fire another caliber. Some have pointed out differences in the MCX’s gas-piston operating system and a standard AR’s direct gas system, but gun makers often offer both operating systems for their ARs.

How many people died or were injured?

Forty-nine people were killed and 53 were injured. The gunman was also killed and one policeman suffered minor injuries when a bullet struck his Kelvar helmet.

Was it the worst mass shooting in U.S. history?

Yes. The horrific acts in Orlando resulted in the highest body count when compared to other high profile, mass shooting incidents. However, there’s no agreed upon definition of mass shooting, but it’s generally agreed that one involves an individual who (shoots and) kills four or more people in a single incident (not including himself), typically in a single location.

However, some have pointed to other massacres in the 1800s and early 1900s where more were killed. Instances like the Mountain Meadows massacre in 1857, when 120 people were killed; the 1890 Wounded Knee massacre that ended with 250 dead Native Americans; the Elaine race riot – also called the Elaine massacre – of 1919, when as many as 200 black people were shot and killed in eastern Arkansas after tensions mounted over the collecting of money for cotton crops and the shooting of a deputized man during a town meeting on the subject; and the Tulsa race riot of 1921, when about 300 people were killed after a white bob attacked black residents of the Oklahoma town.

Yet, author of the book A History of Mass Murder in the United States, Grant Duwe, told NPR the phrase is serviceable for the Orlando shooting.

A gunman opening fire on a public space is what “mass shooting” has come to mean these days, Duwe told NPR. And they aren’t typically categorized with massacres involving military or quasi-military actors and those perpetrated by a group.

So, for a shooting that takes place in a public space and does not involve another crime like robbery — the Orlando incident is the deadliest of the 178 public mass shootings Duwe has counted since the early 1900s.