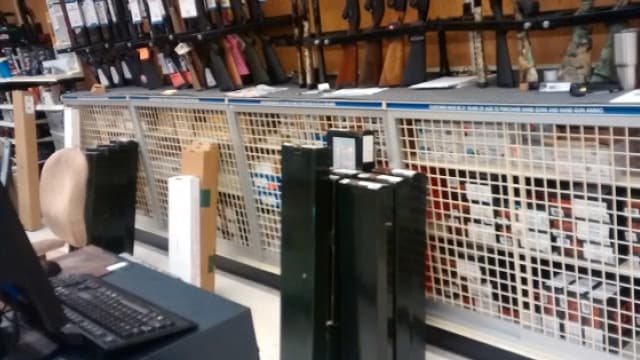 The regional sporting goods discount chain this week has been quietly pulling guns such as AR-15 variants and Ruger Mini-14s from their shelves.

On June 13, the company, with its headquarters in Texas, sent a memo to all 200 stores to pull any rifle to include airsoft and pellet guns that resemble a modern sporting rifle from display. News of the change first surfaced on Reddit and was picked up by The Firearms Blog and others by the next day.

“Given Sunday’s tragic incident in Orlando and out of sensitivity for the victims, Academy Sports + Outdoors (‘Academy’) is taking several steps related to the advertising and display of modern sporting rifles (MSRs),” notes the internal memo.

Where racks of AR-15 and AK variants along with popular Ruger Mini-14 offerings once stood remained only bolt-action rifles, single shot hinge-breaks and shotguns. The sole centerfire semi-auto rifle still visible was a walnut stocked Browning BAR in .30.06. 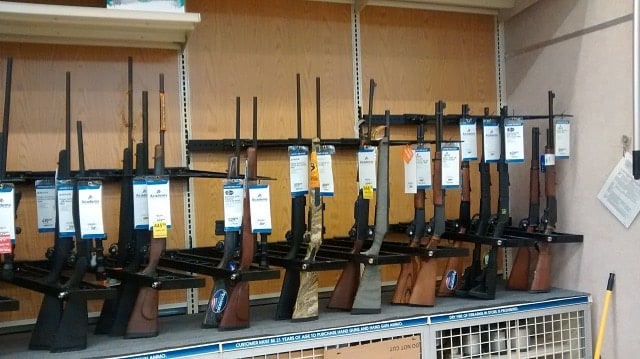 A sign advertising Bushmaster’s brand hung precariously, while the guns that stood under it were anything but. 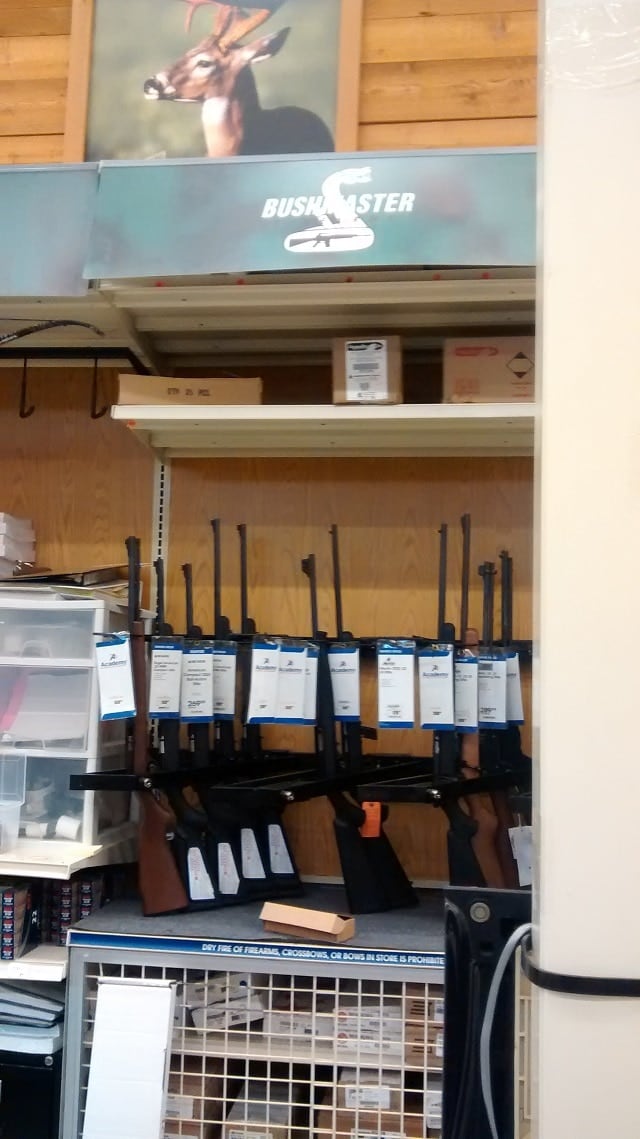 “These were full when I left the other night,” a clerk told Guns.com. “They are very popular sellers. This blows my mind.”

The guns removed from display were still in the store, boxed up complete with trigger locks and secured inside gun safes, and are still for sale, just not on public display.

Those searching for deals online are similarly confronted with nearly 100 rifle offerings including lever-action Mossbergs, bolt-action Remingtons and break-action CVAs– but no semi-autos. The only .223 caliber offerings are for bolt guns. There are currently no 7.62x39mm guns in any format showcased online.

The company’s Facebook page has been swamped with a deluge of comments on every recent post by pro-gun customers over the retailer’s stand on MSRs. While comments about other topics earn quick replies from Academy’s online social media administrators, those concerning the rifle swap-out remain unanswered.

Guns.com has reached out to Academy’s media relations and communications department by email and phone throughout the week but has not successfully obtained a comment.

Gun manufacturer Daniel Defense terminated their relationship with Academy Sports on Thursday due to the retailer’s decision to remove MSR’s from their website and in-store displays.

The company issued the following to all Daniel Defense Distributors:

“As you know we take our partnership with our stocking retailers very seriously. We are committed to serving and supplying them at the highest level and expect our retailers to have that same level of commitment to our brand and our industry. Unfortunately, Academy Sports has made a corporate decision, in the wake of the recent terrorist attack, to remove all MSRs from their website and in-store displays. Academy Sports has communicated that they intend to continue to sell the MSR category of firearms without displaying or advertising them publicly. As a prominent MSR brand, Daniel Defense cannot support decisions that are completely contrary to the values of our company and industry. Therefore, as of today, June 16th, I request that you place Academy Sports on a Do Not Sell list for all Daniel Defense products and terminate any shipments to their stores or distribution centers. It is unfortunate that we have to make this decision, but it is clearly the right thing to do for our brand, our industry and our constitutional right. Thank you for your support.” -Bill Robinson, VP of Sales

“Academy’s decision clearly segregates firearms by their appearance, which sends a dangerous message to our politicians that it’s acceptable to do so. We as an industry must stand and fight, together.” -Marty Daniel, President and CEO