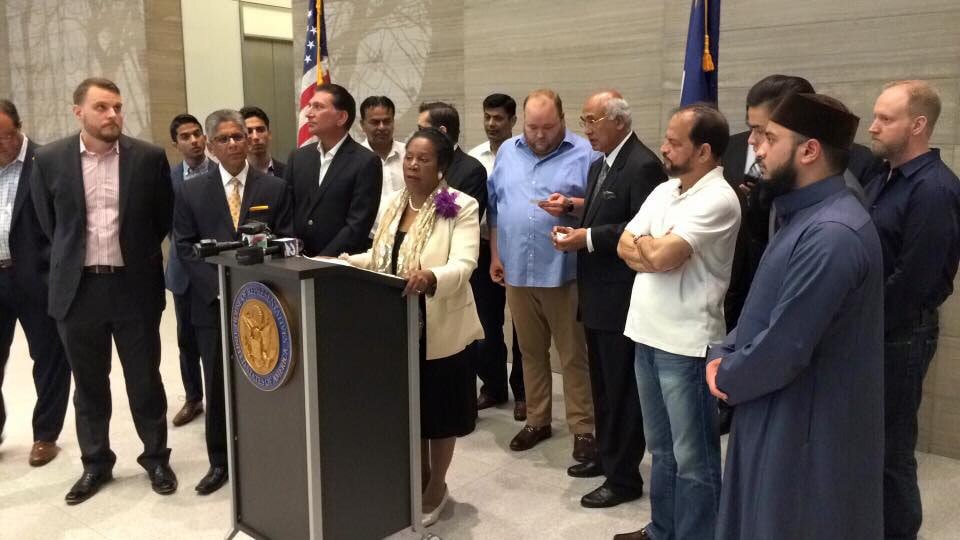 In an effort to “stop mass killings by violent terrorists,” Texas Congresswoman Sheila Jackson Lee proposed a bill that would require patrons undergo a criminal background check before obtaining “a large capacity ammunition feeding device” or a “semiautomatic assault weapon.”

Under current federal law, all federal firearms licensed dealers must perform background checks before transferring a firearm to a buyer. Yet, the sale and transfer of high-capacity magazines are only regulated at the state level and only in states that have passed such a law.

Lee introduced the measure on Wednesday amid a wave of other activities to advance gun control legislation following a 15-hour, pro-gun control filibuster by a Connecticut senator.

“As a country, we will never tolerate our security being threatened, nor stand idly by when our people have been killed,” Lee said on Sunday in her statement on the Orlando shooting in which an individual killed 49 people and injured 53 with an AR-type rifle and a handgun.

Lee, a ranking member of the Subcommittee on and a Senior Member of the House Homeland Security, also foreshadowed her proposal.

“We will be returning to Washington and I expect extensive briefings regarding the cause and next steps to stop these mass shootings, which include the mass use of assault weapons,” she said.

Besides lawmakers calling to renew an Assault Weapons Ban, at least 10 national online petitions are circulating — with some topping 500,000 signatures — in support of the effort.

At least two similar measures were introduced in February 2015. If enacted, they would prohibit the sale and possession of high-capacity magazines except for law enforcement. Neither have advanced since their introduction.