Speaker Ryan distances himself from Trump, despite endorsing him 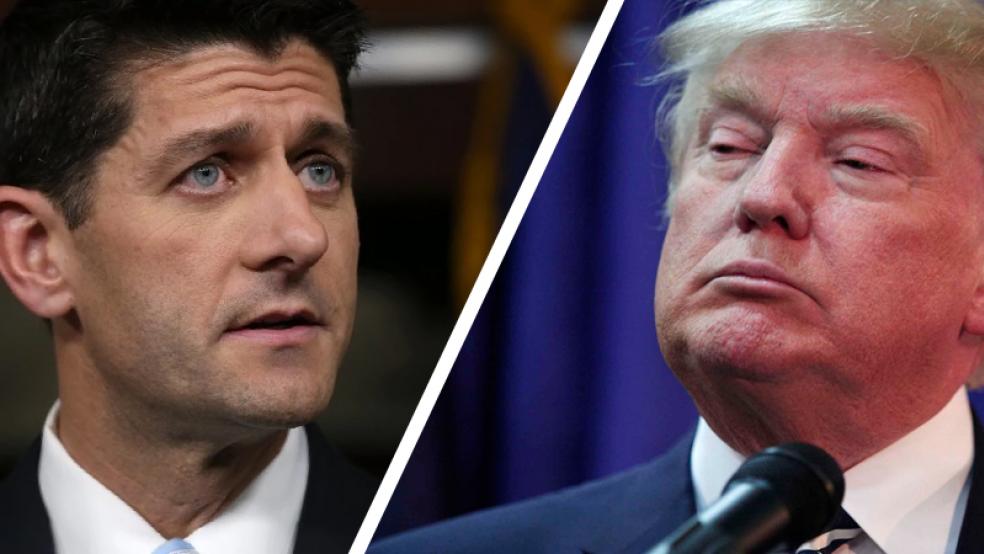 Republican Speaker Paul Ryan on Thursday said he has no plans of rescinding his endorsement of his party’s presumptive nominee, Donald Trump, though he’s attempted to distance himself from many of the more controversial comments the real estate mogul has made in the press and on social media since his run for office began.

“That’s not my plan. I don’t have a plan to do that,” Ryan said. “Look, we’re going to disagree on some things. … What we do agree on is we don’t want another Democrat in the White House.”

Despite disagreeing with much of what Trump says, the speaker did endorse Trump earlier this month.

Recently, Ryan attempted to defend his contrary opinion of  Trump’s comments after the GOP candidate doubled down on his call to ban Muslims from entering the U.S.

And when asked what he thought about Trump’s spat with the Washington Post, when he revoked the paper’s press credentials, Ryan reportedly laughed and said, “You can’t make this up sometimes.”

Ryan’s sentiment of “anyone but a Democrat” fell in line with that of the National Rifle Association, who endorsed Trump at its annual convention in Louisville, Kentucky, last month. The gun industry lobbyist told Guns.com previously – and before Hillary Clinton became the presumptive Democratic presidential nominee – that it would support any candidate but Clinton, suggesting that perhaps if Bernie Sanders became the nominee the group wouldn’t rule him out.

The senator from Vermont received a passing grade from the NRA because of his voting record on gun legislation.

Since Clinton received 2,800 of the required 2,383 delegates needed to clinch her party’s endorsement, Sanders has presumably lost the nomination. Trump attempted to win over Sanders supporters, signaling his shift to begin appealing to voters outside of the Republican base as the general election nears.

Trump has also begun reading from a teleprompter – something he’s criticized President Obama and others for – which also signals an attempt to coalesce his platform messaging into a viable campaign that will appeal to a larger range of voters, come November.

Ryan’s attempt to distance himself from Trump underscores the distinction between the GOP candidate’s style of campaigning and the establishment he’s attempting to upend.

With the Republican National Convention on the horizon, there has been talk of the possibility Trump could be denied the nomination. The move could be unlikely, given what’s at stake. If Clinton is elected, she would fill the vacancy left by the late Justice Antonin Scalia with a liberal judge and tip the scales of the Supreme Court to the left. With an aging bench and the possibility of Clinton serving for eight years, the balance could pulled too far left for the Grand Old Party and the NRA to bear.