Surplus DoD guns could head to scrappers under pending bill 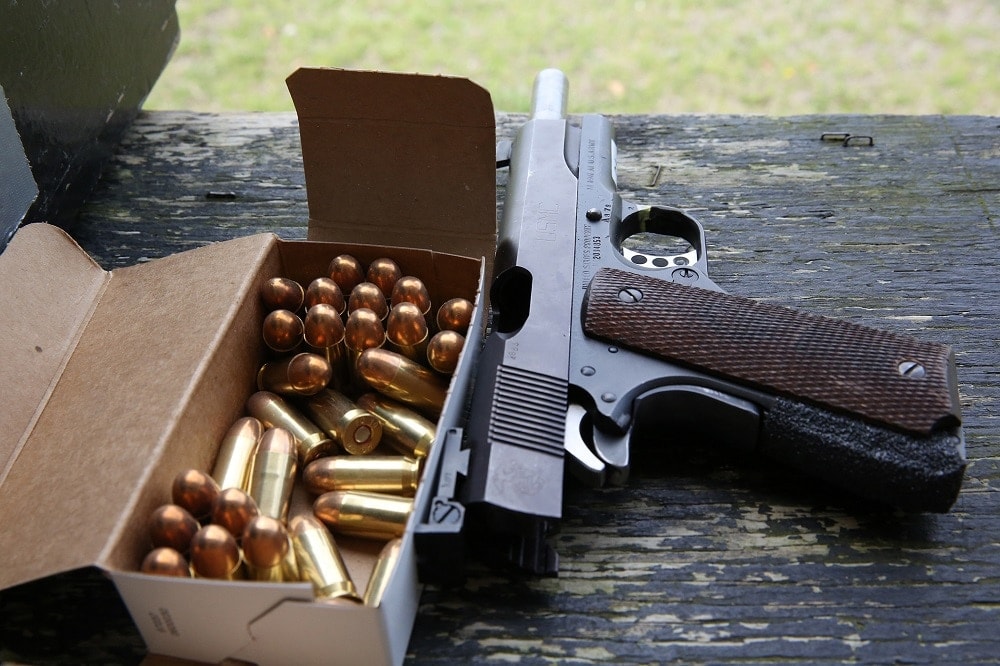 Vintage firearms still in military stockpiles, such as this WWII-era M1911 used by a Marine Corps marksmanship team, could end up as so much scrap metal. (Photo: Sgt. Alicia R. Leaders/U.S. Marine Corps)

This week the U.S. Senate overwhelmingly passed the 2017 defense authorization act– but hidden inside its pages is a section that could destroy the military’s current stock of surplus rifles and pistols.

The Senate’s version of the 2017 National Defense Authorization Act authorizes some $602 billion in spending and despite President Obama’s threat to veto the annual policy measure over issues including a ban on closing the Guantanamo Bay military prison, saw widespread support, passing 85-13 on Tuesday.

While many have noted the measure includes such items as requiring females to register for the draft beginning in 2018, others have been lost in the almost kafkaesque layers of the bill.

Buried inside the 678-page Senate Armed Services Committee reporting of the NDAA is Section 331, entitled “Repurposing and reuse of surplus military firearms,” recommending a provision to transfer excess firearms held by the Army to the Rock Island Arsenal to be repurposed for military use as determined by the Secretary of the Army.

The committee further recommended the transfer of M-1 Garand and .22 caliber rifles held by the Army at Anniston Army Depot or by the Navy at their facility in Crane, Indiana, to be used as trophies in marksmanship competitions that are held by the Navy or the Marine Corps, and not to be resold.

In final markup, the bill kept the original recommendations in Section 311 and added a few more including a provision ordering that, within 90 days of the bill becoming law, the Army would transfer almost all of the surplus guns it held at Anniston to Rock Island for meltdown. The only exceptions would be for up to 2,000 M1911 pistols and 2,000 M14 rifles that could be donated to military museums for preservation.

The section does not specifically mention exemptions for three programs that have for generations provided surplus guns to local agencies and the public. That could in turn mean problems for those groups if the arsenal they draw their firearms from is emptied.

One of these is the current stock of M1 rifles maintained by the Army earmarked for the Ceremonial Rifle Program. The Army’s TACOM Life Cycle Management Command in Warren, Michigan advised Guns.com this cache amounted to some 31,000 guns on loan to groups including such well-known organizations as the American Legion, Veterans of Foreign Wars, and Disabled American Veterans and are used in parades and funerals.

Another is the Law Enforcement Support Office, but better known as the 1033 Program, which was set up in 1997. Run by the Army, it allows federal, tribal, state, and local law enforcement agencies to request excess equipment from the military’s stockpiles. Among the small arms the office supplies, from Anniston, are M14s, M16A2s, and M1911s.

Finally, there is the Civilian Marksmanship Program, which originated as the Office of the Director of Civilian Marksmanship in 1903 under orders from Congress to improve the country’s marksmanship skills to minimize training in case of war. Split off from the Army under the Clinton-administration in 1996, it still conducts training courses and holds shooting competitions nationwide but draws its primary source of funding through the sale of surplus firearms– donated to the organization by the Army– to qualifying members of the public.

Able by law to receive .22 training rifles and .30 caliber rifles such as M-1 Garands, M1917 Enfields and M1903 Springfields that are surplus to the military’s needs, last year’s NDAA signed by President Obama carved out up to 100,000 M1911s for the CMP to transfer to approved members of the public.

The Senate version of the bill now heads to be reconciled against the House measure which included an amendment (Sect. 1092) from U.S. Rep. Mike Rogers, an Alabama Republican who represents the Anniston area, mandating the Army speed up the transfer of the M1911s earmarked for the CMP past the initial 10,000 authorized by last year’s spending bill.