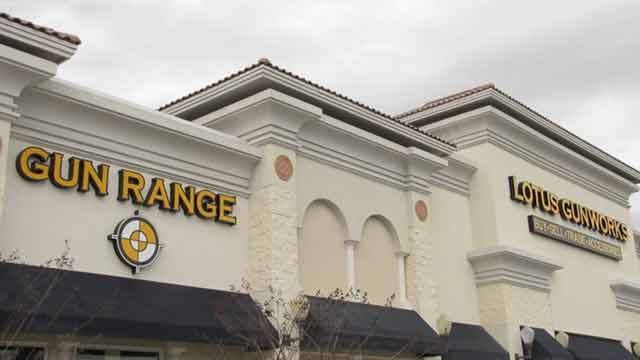 Owner Robert Abell said when he saw the face of the Orlando nightclub shooter, he immediately knew it was the same person who had visited his shop about six weeks prior. (Photo: Lotus Gunworks)

A gun shop owner in Jensen Beach, Florida, came forward this week after he realized a man whom they refused service to last month was the same man responsible for the shooting at an Orlando nightclub over the weekend, when 50 people – including the shooter – were left dead and 53 others wounded.

Robert Abell, owner of Lotus Gunworks recalled in a press conference Thursday the events that unfolded in the store about six weeks ago.

Abell said a man, who was later determined to be the Orlando gunman, entered the store and asked a salesman about purchasing bulk ammunition and what Abell referred to as “a certain type of body armor.” Abell said the man was alone in the store at the time, and the questions he asked caused concern with the salesman.

However, after the customer was informed that the business did not carry the items for which he was searching, the man pulled out a cell phone and had a conversation in a foreign language with someone on the other end. Abell said this caused greater concern with the salesman.

In fact, the man’s actions created enough suspicion among the salesman and the owner, that Abell contacted authorities. But because the man did not make any purchases, other than a physical description, they had no information about him.

About five or six weeks after the uncomfortable encounter, Abell recognized the suspicious customer as the Orlando nightclub gunman, and he immediately contacted authorities again.

“It’s very sad that we had him that close,” Abell said. “Unfortunately, nobody connected the dots and he slipped through the cracks.”

Since the shooting, authorities have been working hard to gather as much information as possible about the events and the man responsible. On Wednesday, the Federal Bureau of Investigation put out a plea for help from the public, asking for anyone who had prior contact with the gunman to come forward.

“We need your help in developing a picture of what the shooter did and why he did it,” said Ron Hopper, assistant special agent in charge of the Bureau’s Tampa Field Office.

Hopper encouraged anyone with any tips – no matter how small – to come forward.